Growing up, my father was not always the nicest person and had a tendency to be emotionally abusive. I was an ornery child who liked to point out this behavior when it happened, or at least, complain about it to my mother. And while these are issues, I’ve dealt with, one thing always sticks in the back of my mind after all these years: the bad parenting excuse was always, “At least I don’t beat you.” Beating was held up as the worst and most unforgivable action a parent could do to a child, and since I was never beaten (we’re talking severe beatings, not light spankings), I was lucky to have such a wonderful father unlike other children.

(Granted, part of the dealing with the issues and growing up, was realizing that my paternal grandparents were likely Old Testament “spare the rod, spoil the child” folks and believers that no one should tell parents what they can and can’t do with their children. My grandfather died when I was very young and grandmother mostly made pancakes and let me run around in her backyard when I was a child. The spoils of being the grandchild and born in the ’80s, instead their child of the ’50s.) 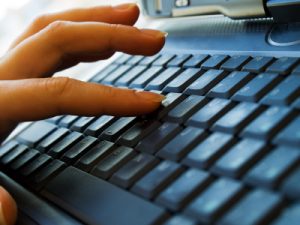 What does this have to do with the workplace and being a prosumer? And why do I believe that being a prosumer when it comes to your career is helpful for your long-term career satisfaction and our economic well-being?

It’s that I’ve come to the realization since entering the workforce, between jobs I’ve had and jobs I’ve been a candidate for, that many workplaces employ the policy of “At least I don’t beat you” when it comes to taking care of their employees, whether it be workplace conditions, salaries, benefits, or policies. Only it’s called “At least you have a job” or “At least you have health insurance even if you have to pay for part of it and go to our doctors only” or “At least you can wear jeans on Friday.”

Okay, I completely get it that our economy is in the toliet, but that’s no excuse and is certainly not going to keep employees at bay. Especially in an age when they google how much a public company’s CEO makes in a year or can do a little digging on privately-held companies. Like how the CEO’s, of the parent company I work for, total cash compensation for 2007 was $4.8 million and that’s not including stocks and other compensation. Even as a prosumer and someone who strives to contribute meaning the world, it still does feel like a kick in the stomach when, after some simple math, including “raise” adjustments based on those given this year, I find out that if I keep going on this job track, I will never make that much money in my entire life. (I simply use myself as an example since I don’t have others’ information, but use it as an example of a common workplace practice in large corporations. Certainly, Wal-Mart greeters make negative pennies compared to Sam Walton.)

Sometimes, I think while that much money would be nice, I know it wouldn’t make me happy. Researchers suggest that $40k a year, having romance, and a social life is the baseline for happiness and anymore does not really increase it. I would also add that it’s probably an average America salary baseline and that you should adjust for cost of living in your area. For example, NYC, LA, San Francisco, Boston, Seattle, etc. are going to be a lot higher. Freedom Ideas argues that money is only 1/3 of our happiness. I really like this article in that it talks about ideals that I would consider part of being a prosumer in the workplace, including doing what you love for living.

Okay, sometimes, a job is a job and you need it to pay the rent and live. Sometimes a job is a stepping stone into a better job: all for the experience. But never let a job make you believe that you aren’t worth it and that they’re a good company just because they don’t beat you.

If their tag line is at least I don’t beat you, they aren’t worth your time and your effort. If they ask you if you saw last night’s The Office and then ask you to come in on Saturday, they don’t get it. 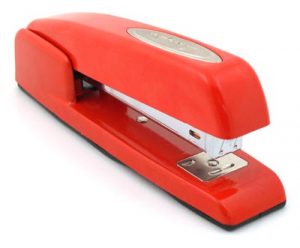 I am not lucky to be employed. I earned my employment through my experience and my persistence and keep my job as I’m contributing to the company. Yes, people are hired every day who do not know how to do their job and they’re even kept on by companies. But it’s not luck, they’re obviously giving an employer something they need, even if it’s not actually doing their job.

Vacation time, sick days, and health insurance should not be considered benefits I need to grovel to a company for and praise their holy name for. In my prosumer workplace, I am not an indentured servant, and one day, these are either going to be rules enforced by OSHA (and some already are to an extent) or we’re all going to be losing, except that 1% at the top. I would note that I do not trust corporations to do this on their own and know that they will need government incentives or penalties to get their acts together.

Likewise, as a web designer, having the latest technology and access to the materials needed for my job is not a luxury. I should not be hunting down standard fonts on BitTorrent because a company doesn’t want to shell out $30 a font when annual net profit is up. I should be considered an expert in my field, as that was why they hired me, and when I mention that the company should take advantage of the latest and greatest web marketing technology such as Facebook, Twitter, social bookmarking, or even revamping the site to make it rely on CSS, I should not be ignored or treated like the internet is a passing fad.

Every prosumer requires something different in a job and to make a prosumer workplace. Someone may need a company softball team to make them happy. Someone else may think that free beverages and Friday breakfast make the company as a perk that takes the job from just another job to a career. Someone else may need flexible hours or the work from home to take care of children, parents, partners, or themselves.

The biggest career mistake I ever made was compromising my standards and not doing my research about the company. (For full disclosure, I’ve worked for five different employers full-time since I was 17-years-old, and no, I’m not going to tell you which one I’m talking about.) It was not listening to the tiny voice in the back of my head. This has set my entire career back about 25% from my peers, who are my age and in my field. It was not having the voice of experience to give me a better idea what the workplace was like; it was not knowing what I know now. Part of the reason I have this blog is to grow, learn from my experiences, and retain what four years of expensive elite private college did not teach me.

So what does an employer get out of creating a prosumer workplace? An excellent employee who will be happy and excel at his/her career. An employee, who might not come in on Saturdays, but will maybe stay a little longer during the week. An employee who will not feel the mighty self-esteem blow of fear and will feel empowered by the workplace. Having confident, happy employees that tell people they love their jobs is so much better for everyone, and it just might, actually be better for our economy and well-being as a nation and world. Imagine that.