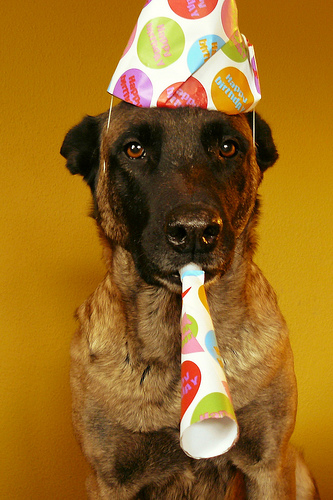 Today is my friend Matt’s birthday. Matt’s a dear friend who lives too far away and who’s easily embarrassed, which makes this all the more fun.

I met Matt my freshman year of college when we lived in the dorms together and happened to be taking a different section of the same Java 101 class. While I became a creative writing major rather than a programmer, Matt stuck with it and works as a video game designer. Unfortunately, Matt moved to California for work and I stayed in Seattle after college. Thus, why I am not dragging a birthday cake over to his apartment.

Matt is one of those friends that you want to move next door to you or live in the same building as you. He’s one of those friends who’s there when you need him. I know in some of my most trying times, Matt’s been the one I’ve sought his wisdom and comfort. And I hope that I’ve been a good friend to him when he’s needed it.

During our sophomore year, we really bonded when Matt’s house became my home away from home to escape. His room became the makeshift library, an often freezing library. His housemates in poor college student tradition decided they didn’t need to pay for heating. We’d often crawl under the comforter on Matt’s bed with our coats on to keep from freezing while exercising our brains. I frequently raided Matt’s sock drawer and sweatshirt drawer for extra layers. Usually ending up with something proclaiming his love for the Dodgers.

One of my favorite Matt stories is a time he came over to do laundry. The dryer in his place had broke. He managed to spill dry laundry soap flakes all over my living room, but I hustled him down to the basement to put in his laundry before someone else in the building got to the washer. By the time Matt came back, I’d already vacuumed. He felt awful and asked if there was anything else he could do. Sure, he could wrap the cord around the vacuum and put it away. I watched in fascination as Matt proceeded to wind the cord around the vacuum like a kite string. Then I asked him why he didn’t use the cord’s hooks. Turns out, at 20-years-old, Matt had never vacuumed.

Despite his lack of technical vacuum knowledge, Matt has gone on to carve a career out for himself as a video game programmer. If you ever see me talking about video games, it’s most likely one Matt’s helped create. Recently, he was integral in creating Transformers: War for Cybertron. You can see the trailer:

If there’s one thing I’ve learned from Matt, it’s how to have passion and how to follow that passion into great things.

Happy Birthday, Matt, and I wish I was there to bake you a cake. Have a wonderful day and lots of love.