I love naan, but I never thought I’d be able to make it at home. Naan is traditionally made in a clay oven called a tandor, which would never fit in my condo’s kitchen. Plus, it would be a rather expensive investment.

Then I saw this recipe by Chef Henry. Instead of a tandor oven, it uses a pizza stone, and a pizza stone fits much better with both my kitchen and my wallet. Plus, this recipe is really tasty too.

*Maybe a little more or a little less

In a small bowl, add the water, oil, sugar and yeast. Stir well and set aside for 5-10 minutes. 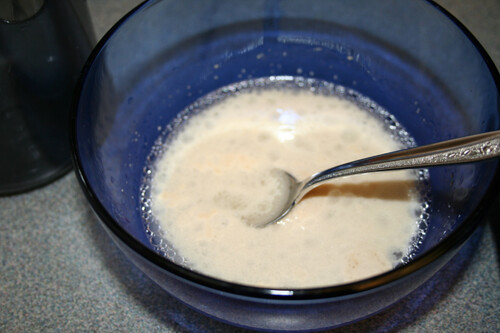 Sift all the flour into a large bowl. Add the salt.

Add the water, oil, sugar, and yeast to the flour and mix it in well. 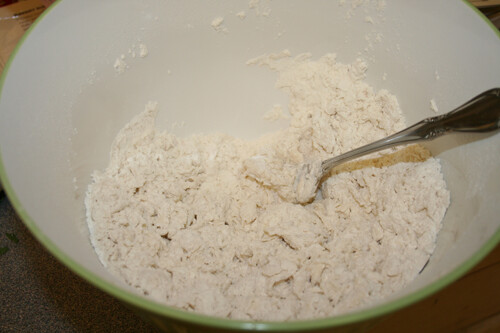 Begin adding the milk a little at a time until the dough forms a single, solid mass. You may need a little than a 1/2 cup. 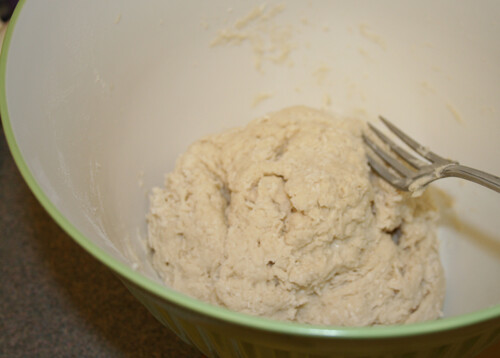 Turn the dough ball out onto a lightly floured surface and knead for 10 to 12 minutes. You want the dough to be soft, pliable, and tacky, but not sticky. It will take the entire 10+ minutes for the moisture level to even out, so don’t worry. More flour or milk can be added if it’s too wet or too dry.

After kneading, form the dough into a rough ball and cover with plastic wrap. Allow it to relax for 10 minutes. The dough will then need to rise and will become twice its size. Find a suitable container and coat it with a thin layer of oil. Place the dough inside and cover it with plastic wrap. Let is rise for 30 minutes to two hours in a warm place until it’s twice.

Once the dough has doubled in size, put your pizza stone in the middle of your oven and turn on the broiler.

Knead the dough down with your knuckles. Don’t force it; let it move on it’s own. Then fold it in third. Knead again in this manner two more times. Then dived the dough into 8 equal places and place them under plastic wrap so they don’t dry out.

You want to form each piece into a ball. However, do not roll it in your hands. Instead, shape it by turning your squareish dough into a round ball by pinching excess top parts down to the bottom. Make sure to put them back under the plastic wrap when you’re done so they stay soft. Let them rise for 10-15 minutes.

To shape the dough into a Naan shape, place it between your thumb and fingers and quickly turn your hand over, slapping the dough into your other open hand. Do this over and over, rotating the dough until it relaxes and starts to stretch. Then put it back under the wrap. I really suggest watching Chef Henry’s video (on the bottom of his post) if you’re not sure you’re doing it right.

Open the oven and pull out the rack your pizza stone’s on. Grab the first piece you’re going to cook and stretch it one final time. Place on the stone and close oven. The naan will brown within one to two minutes. Keep track of the time so you’ll know what to cook the other ones at and can put more than one in at a time. Turn it over as needed.

Removed when sides start getting brown spots. Use a basting brush to brush it with butter or ghee and place in towels or a tortilla warmer to keep warm.

You can already check out the recipe for the Aloo Chole in the photo (potato dish).