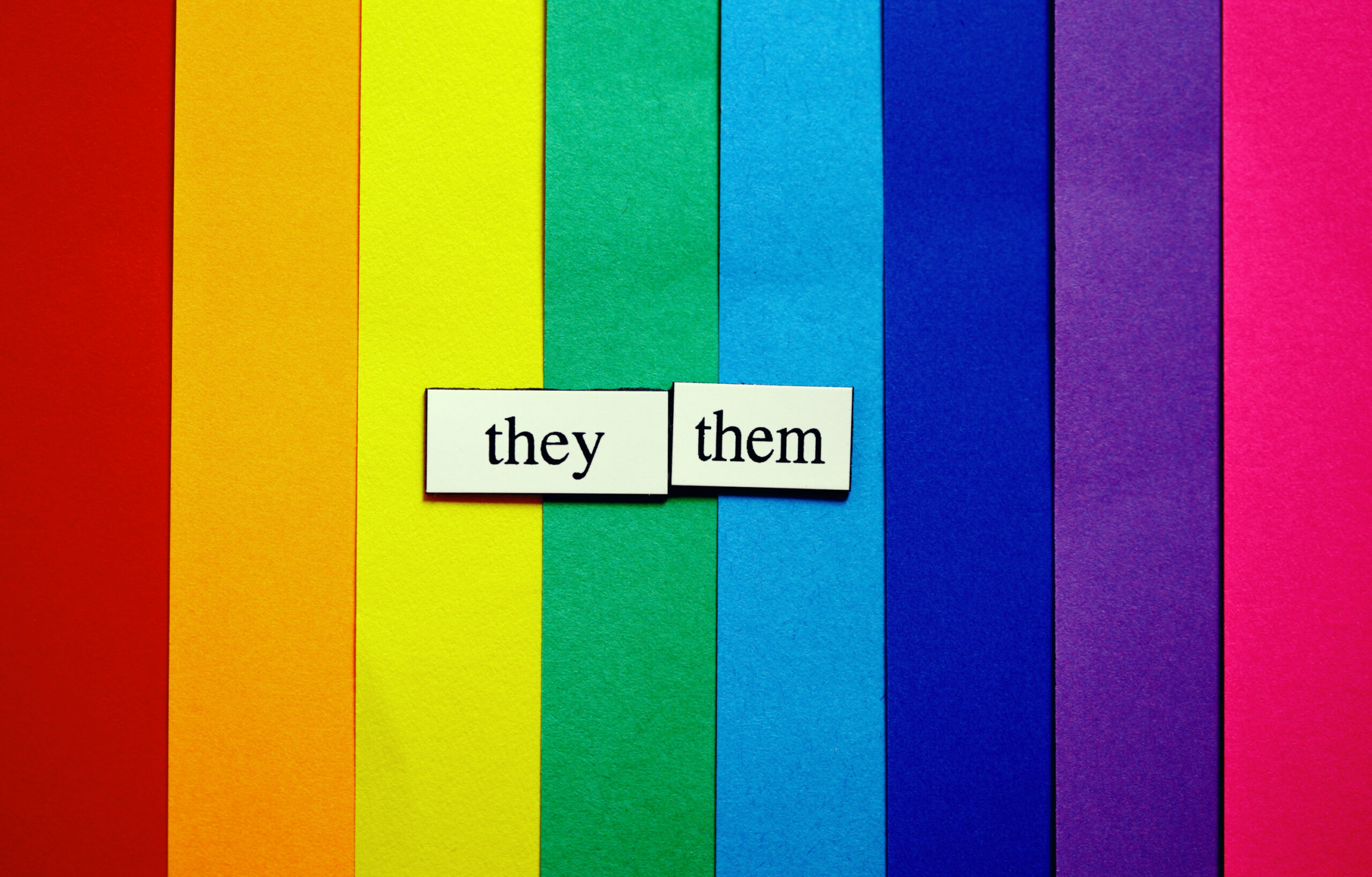 In my novel, my main character is outed by his sister to the rest of their family at their father’s funeral. It’s not that the MC’s completely closeted when the novel starts: his friends know, his one sister and young nephew know, and of course, the people he dates also know. Additionally, I outed him and all my other fictional main characters on Twitter, so we’re always future-proof on my writing.

The novel is not a coming-out story for many reasons, including how I’m tired of them personally. But my biggest reason is that I hate coming out. I hate coming out, almost as much as I hate the misrepresentation of my identity.

For several years in college, I co-led the LGBTQIA+ student group. I’ll never forget a conversation where one of the staff advisers — who’d known me then for several years — said, “But you’re straight.”

Sure, there were reasons he’d made this assumption. I’d had a steady boyfriend during freshman and sophomore years, my final foray in monogamy. People initially assumed my friend Katelyn and I were dating; so much so that we started a joke that we were “heterosexual life partners.” (You know what, kids, it was the early 00s, and we needed better language like “queerplatonic life partners.”) I can understand why he was confused. That doesn’t mean it didn’t hurt.

In the Buffy: the Vampire Slayer episode “Intervention,” a robot is created with the likeness of Buffy. Buffybot, like the human Buffy, heads out on patrol to protect the town from vampires and other demons, and she runs into human Buffy’s best friends. The jokes are sharp with incredibly awkward interactions as her friends have no other reason than to believe this is human Buffy.

The camera shows us Buffybot’s interface that supplies her with facts about her friends. We see the fact that Buffy’s friend Willow is gay. Buffybot makes a funny comment that Willow is “recently gay” as she’d come out the season before. Part of the joke is that Buffybot does not understand that when someone comes out, that is not the starting point for their queerness, only your knowledge of it.

That’s what I want — just an update to all my friends and family and maybe even strangers.

Okay, you’re saying that’s called social media. Is this like Buffybot’s feed? Nope, the algorithm largely ignores you if you don’t feed it correctly. Though at the same time, it knows all, and I’ve never had to come out to it for those queer-targeted ads or suggested groups.

Then there’s the me problem that I’ve removed myself from certain social media. I quit Facebook and Instagram (except for work). My youngest brother recently got engaged, and yeah, my future sister-in-law posted on Instagram, but I found out the old-fashioned way: from my mom. Many of you have probably gotten engaged, divorced, had babies, and maybe even come out yourself, and I have no fucking clue.

Editing your bio does jackshit. My bios are mainly to keep away the people I don’t want following me, or hey, maybe if my book does get published, some reviewer will use my current pronouns from my bio.

Social media doesn’t matter in meat-space when someone is like, “oh, that’s a cis straight couple” when I’m holding hands with my partner Jacob or “oh, those are two gal pals” when I’d hold hands with my ex-girlfriend. We humans don’t even consciously think those things, any more than we think “bus” when one drives by, and we’re not actively trying to catch it. Bus, tree, sidewalk, fence, grass, dog.

We have to come out because of the culture we live in. No matter how “progressive” we view ourselves, our family and friends, and our greater community, we still assume everyone is a cisgender straight person until proven otherwise. (And also male, white, able-bodied, allosexual, etc. We subconsciously look for markers of “male gender” as the first thing we notice about other humans. Unhinged.)

Queer people have to come out over and over and over again because, even after we’ve come out, our inputs get stuck on our cultural defaults. They don’t like to change from what we’re indoctrinated in since birth. Even those of us who rally against white supremacist cis heteropatriarchy fuck this up all the time. Accidentally misgendering yourself is a wild mindfuck.

In some ways, by coming out, you become responsible for yourself. It’s a little check. That’s not to say your gender or sexual orientation becomes immutable. Still, the magic of it being outside your head opens the pressure cooker and allows others to taste a closer version of yourself. It lowers those suicide rates and generally improves health outcomes. (The world is a mixed bag, okay.)

Please don’t tell me that it’s not coming out, but letting other people in. Karamo Brown’s wisdom makes me vomit these Chromatica Oreos all over my Pride flag Converse. My cishet client didn’t “let me in” to know him better by offhandedly mentioning his wife in a work conversation. We all already assumed he was a cis man and married to a woman.

When I come out, I don’t come out for myself, even if it starts there. I come out for other queer people. I come out because I have the privilege to — (and yeah, when I was younger, I was just stubborn, and even though it was unsafe, my stubborn ass did anyway, and don’t do come out, friends, if you aren’t safe). I care most about other queer people who need to see others like themselves, who maybe can’t tell their story, and who may also be figuring their queerness out.

The first time I came out was my favorite coming out. I was nervous, but my best friend also came out to me. We knew. We were two silly young teenagers. We didn’t live in a welcoming town or have supportive families. But we had each other, and we counted on each other to receive and update the input without missives. No questions. (And no questions later when we’d start to figure out gender stuff.)

P.S. Fellow queer people, yes, you can reach out. If you’d like, send your inputs — no questioning of your inputs from this person.