Being a comic book fan, I’ve heard a lot about The Walking Dead, but I never managed to pick up the comic book by Robert Kirkman

. It kind of gets put there with the comics that someday, I’ll read. 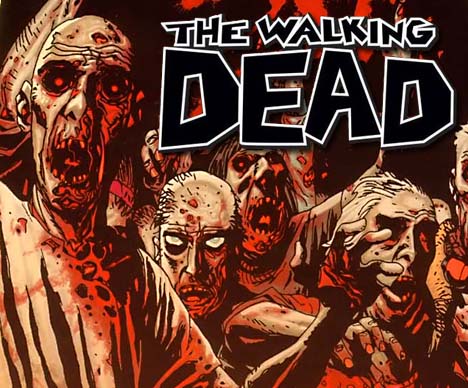 So I watched the first episode, which I won’t spoil you for, but I have this problem: it gave me nightmares.https://sliverofice.com/blog/wp-admin/post.php?post=1441&action=edit&message=10

The basic premise is there’s a zombie apocolypse. There’s not many humans left, and they’re on the run from zombies. It’s intense and serious in tone.

Basically, I’m a giant scaredy cat. Scared of my own shadow. I don’t want scary movies. And the horror I do watch/read is all Buffy the Vampire Slayer

. Which are all about the humor, comedy, and drama, not scarying you. (Okay, there were a few scary things in Buffy like the skin-eating demon.)

After watching the pilot for The Walking Dead, I was scared for like two-three nights afterward. I had nightmares. I want to keep watching it because it’s really well done. It’s interesting. It’s pulled me in enough that I want to try again with episode two.

Looks like I’m going to be sleeping with a nightlight on if I continue to do so. Jason’s already said he’s going to watch it with or without me.

You can watch the pilot yourself and be scared with me.