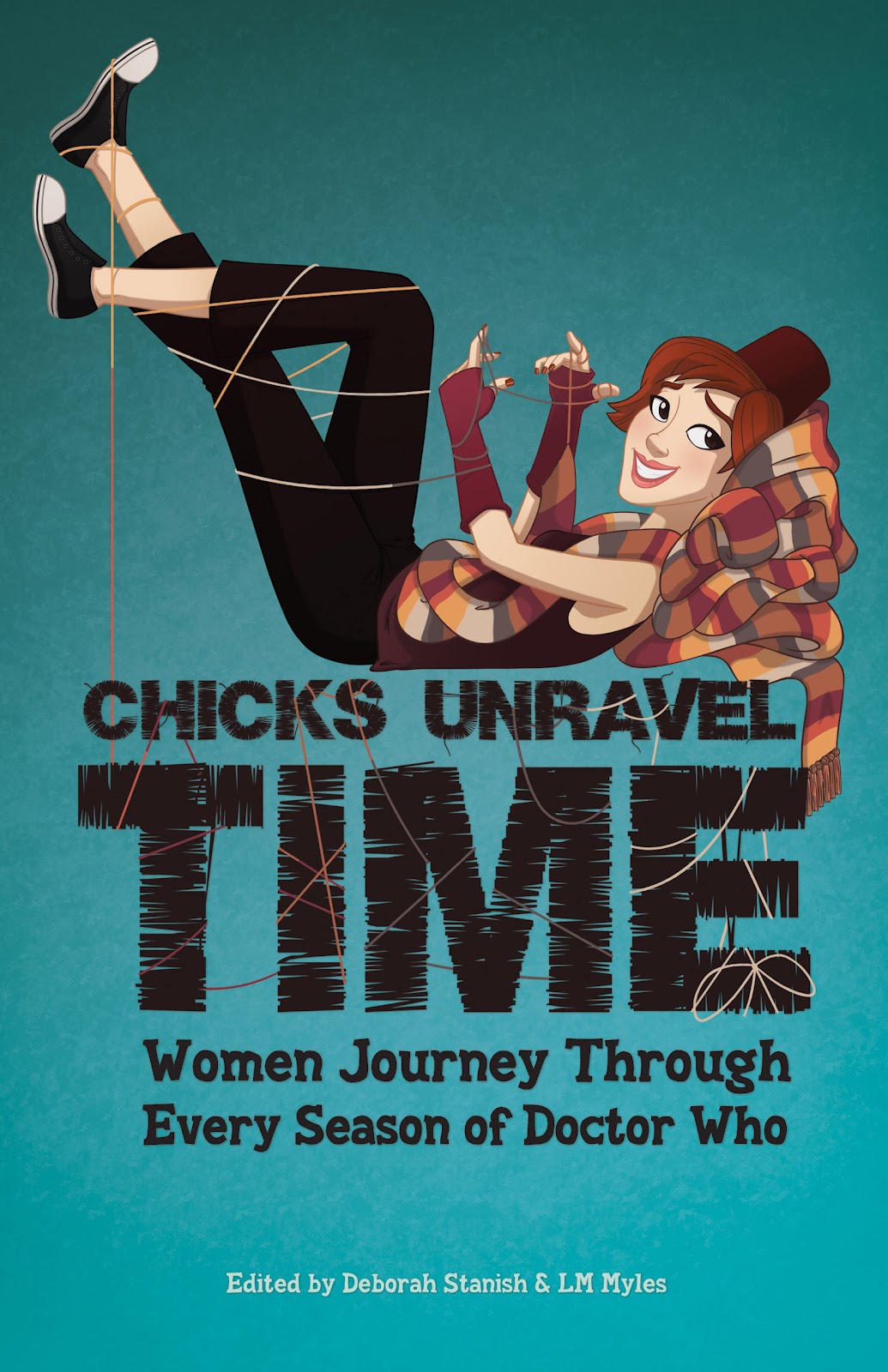 I’m pleased to announce that Chicks Unravel Time is out today, featuring my essay “How the Cold War Killed the Fifth Doctor.” I’m super excited to be featured in another Mad Norwegian Press book. A big thank you to Deborah Stanish and L.M. Myles for their excellent work wrangling all of us authors and editing the book. Chicks Unravel Time features 34 Doctor Who essays spanning from Season One all the way to Matt Smith and his bowtie.

Obviously, you should buy this book. Or buy on Powells since they have it in stock.

And you should like its Facebook page and if you’re in Massachusetts or Chicago, there are signings. (Which this Seattleite is going to have to miss.) Also sign up for the giveaway and read the reviews from SFX and the Examiner. And follow the tag on Tumblr.

My essay features Season 21 and Peter Davison’s Fifth Doctor. Before I wrote this essay, I didn’t have a favorite Doctor. In fact, most Doctor Who seasons, both new and old, I’d seen, the Doctor had been my least favorite character. Then I spent my last holiday season jamming with the Fifth Doctor and watching him with his celery stalk. The Fifth Doctor definitely become my favorite as he’s the nicest Doctor around. I also got to talk a little bit about the Cold War, which for many years was another obsession of mine. (Doctor Who‘s just a more fun topic to talk about in public, and you get less made fun of. 😉 )

My copies haven’t arrived in the mail yet. But I’m super excited to dig into them as Mad Norwegian Press books have been super awesome.