If you haven’t already read them that is. 🙂

In 2014, I focused on reading books that I already owned, with the exception of new comics, and that were already sitting on my shelves. I bought less books than other years, and my shelves, like the melting ice caps, have migrated to even more books read. That was my small win.

Goodreads says that I read 96 books in 2014. I probably read more than that because I’ve been shit at tracking the new comics (when they finally come out in graphic novel format) that I’ve read. Not to mention, not all comics are collected in graphic novels.

Genre: YA comics, Feminist comics, Holy Kittens
Recommended for: EVERYONE

This comic book filled my feminist heart with glee. I know, I rated a comic book number one, but yes, it is that good. Lumberjanes is about a group of teenage girls at camp, and they are — next to the Pawnee Goddess — my favorite group of fictional girl scouts. The girls come from diverse backgrounds, and they solve the supernatural mysteries of the camp with their unique skills and friendship.

Plus, Lumberjanes has catchy phrases like “Friendship to the max!” and “Holy bell hooks!” I do love a catch phrase. It’s pretty rare to see a book filled with girls, much less girls valued for their brains and brawn and who love and care deeply for each other. Lumberjanes reminded me of my very best times with my female friends.

In early 2014, Lumberjanes was the book pointed out by privileged comic book dudes to be ruining comic books for them. I’m pleased to say it lives up to its hype, and it’s done so well that Lumberjanes is now an on-going series, determined to ruin comics forever.

Why hadn’t I read this before now? The main question I kept asking myself over and over when reading Sister Outsider.

When I was a child, I spent lots of time in Catholic and Lutheran churches and around people who found great comfort in the Bible and its teachings. (Personally, it either bored, enraged, scared, or seemed like common sense to my younger self.) But if I had to pick text which moved, comforted, and expanded me in the same way, it would Sister Outsider.

Lorde wrote these essays in the late ’70s/early ’80s, and I don’t know if it’s sad, or just the timelessness of her words, that she could’ve written most of the essays in 2014. She wrote so passionately about how our differences (gender, race, sexulity, etc.) needed to bring us together in realizing that we were stronger with many voices instead of just one. Lorde’s wisdom about intersectionality and about her own communities are full of love, but also warnings that we need to come together. Reading about her mourning the deaths of young black men, who she saw her own son in, while seeing the tragedies in Ferguson, Utah, NYC, Cleveland, and more in 2014, made this book more relevant than ever. While Lorde’s writing should be cherished, I do hope someday people can read her book and be like “I’m so glad that world’s much better than it was.”

3. The Fifth Elephant
by Terry Pratchett

Genre: Fantasy satire, Ridiculous British people
Recommended for: EVERYONE (with a sense of humor)

And to drastically change subjects… I love the Discworld novels from Pratchett for their humorous, on-the-nose satire about the systems of society and culture. Oh, did that get too deep about a book that features werewolves, dwarfs, trolls, Frankensteins, vampires, and more?

The books about Commander of the City Watch, and reluctant Duke, Sam Vimes are typically always entertaining, but rarely my very favorites. However, I did adore The Fifth Elephant. It’s also a great book to read as a one-off to the series if you want to skip around or need a bit of an introduction to the world.

Vimes fighting off Wolfgang in the snow was perhaps some of my favorite writing of a fight scene ever. The crisp snow’s so greatly contrasted with the wolves, blood, and Vimes’ nudity. Things remain ever absurd, hopeful, and ridiculous on the Discworld as Vimes solves what happened to the Scone of Stone.

Genre: YA comics, Superheroes, New Jersey just isn’t for Springsteen songs
Recommended for: EVERYONE (who likes superheroes and coming of age stories)

Perhaps the biggest breakout of a new superhero in a long time and finally Wilson getting the recognition she deserves. And, oh, did I mention Alphona is back drawing comics!

While Kamala Khan, aka Ms. Marvel, may be pitched as the Muslim teenage girl superhero, I’d argue that she’s the character capturing the mood of a generation. She’s what Kitty Pryde was during the Chris Claremont reign of 80s X-Men and Peter Parker in the ’70s. Kamala’s struggles reflect the world we live in now. Her neighborhood and her concerns are current, and yeah, the book might become of an era eventually, but no more than Kitty Pryde’s hairstyles.

Kamala has a huge heart, and it’s pretty impossible not to fall in love with her. 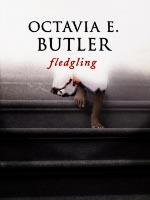 Genre: Horror, Vampires serving as allegories
Recommended for: EVERYONE (adults)

This book is distributing. It’s also sad as it was clearly meant to be the first in a series, but turned out to be the last book Butler wrote before her untimely death. The main character Shori is a child vampire, who’s in her 50s; vampires just grow slow. It’s worth a disclaimer that most people who disliked this book don’t like that Shori has sex with adult human men (and women, but no one really mentions that). Don’t get me wrong, it’s meant to make you uncomfortable and think more about all the characters’ agency and freedom.

Shori, unlike most vampires, is black, and Butler uses the vampire genre to explore themes of classism, racism, freedom/slavery, ethics in science, memory loss, and deaths of family. I’ve read a lot of books about vampires, and this one is truly a unique subversion in a time of a tired trope.

Genre: Community building, I read this for my job but actually liked it
Recommended for: EVERYONE (in marketing, customer service, or community management)

Sorry, I went and ruined this list by adding an online marketing book. I am the worst!

But seriously, if you’re even thinking of developing an onsite community and forum, this is the book you need to help you learn how to better nurture it, let it fly, and also measure the growth. Rarely do I read a marketing book and go “holy shit, why am I not doing that?” but Millington’s book gave me some needed reminders and new ideas.

Ethics in video game journalism disclaimer: Rich and I are friends and Facebook proves it. 😉

Genre: Fantasy and horror comics, Artifacts from the ’90s
Recommended for: EVERYONE (who can commit to reading 75 issues of a comic because it pays off)

Yes, you can call me a “real” comic book fan now that I’ve read Sandman. No more of this fake geek girl shit. Or it is still true since I finished a comic for girls?

I enjoyed most of Sandman, but it was this last part that really moved it into a love. Yep, reading 75 issues truly pays off in the end, and I’m glad I didn’t give up. Wikipedia also helps when you need a refresher on what you read 60 issues beforehand.

I do think Sandman hasn’t aged extremely well, particularly the art. But it’s clear that in comic books, Gaiman pushed them to be something they really hadn’t been before. Thanks for that.

Genre: Western fantasy comics, Creation and destruction myths
Recommended for: EVERYONE (who appreciates the story of Beauty)

The book was a beautiful walk through the mythos of the West and the Universe itself. Full of fabulous characters that you can tell both DeConnick and Rios can’t wait to dig in further with. There are so many stories to tell in this world.

As much as I love the serial format that’s comic books, I highly suggest reading Pretty Deadly‘s first volume all at once. The story really comes together in issue three and reading month-to-month was a challenge. Of course, beautiful enough that it provided an excuse to reread.

The ending will surprise you.

9. The Wicked + The Divine Vol. 1: The Faust Act
by Kieron Gillen and Jamie McKelvie

Genre: YA comics, Urban fantasy, Pop stars and gods
Recommended for: EVERYONE (who ever ponders their own mortality and says ‘fuck it, I’m doing what I need to.’)

Comic books like pop albums are what Gillen and McKelvie specialize in them. I met them in 2007, when they were at SDCC for the first time and selling Phonogram hot off the presses. I didn’t have a ton of extra cash at the time, nor did I read a lot of indie comics then, and I was so glad I did and then picked up other books by them.

Anyway, The Wicked + The Divine casts 12 young adults as adults with two years to live. They’re gifted god powers of ancient deities, but with a time lock. The reader’s led through the world by Laura, who’s a fangirl of all the gods as they are pop stars. She particular falls in love with Luci, aka Lucifer, who’s a bit reckless and accused of murdering a judge. The gods are impetuous less because of their age and more because of their timeline.

Genre: Sex comics, Sex ed 2.0, Everyone likes to fuck
Recommended for: EVERYONE (consenting adults and teens who are having sex regardless of what adults say)

Part sex toy reviews, part sex education, and part radical empathy for those seeking advice, looking for that sexual experience, or just plain fans. Moen, her husband, and a few guest cartoonists may review toys or write about their experiences, but a variety of people: body types, genders, orientations, and more are drawn. If there’s some sexy consenting adults, they’ll appear here.

Of course, all this is balanced with a lot of fun. If there’s anything that comes out in Moen’s work (including her other comics) is how much she loves living life and sharing that enthusiasm about the world with her audience.

And bonus: 11 more books that I also loved this year.