It’s back. My collection of random linkage from around the web that I enjoy. YMMV.

• Geeks Among Us: GeekGirlCon
Check out this interview with me about GeekGirlCon and our group’s secret origins.

• The Afterlife of Cheap Clothes
Do you know what happens when you donate your old clothing? I didn’t really know either. It’s not what most people think. END_OF_DOCUMENT_TOKEN_TO_BE_REPLACED

With the laser beams of anger from my eyes. (Apparently, they already singed my sock.)

1. Obama’s choice of Pastor Rick Warren to deliver the invocation at Obama’s inauguration. I knew before Obama’s election, and before I voted for him, that he was more socially conservative than most Obama nuts and the Republican party portrayed him to be. Obama’s platform was against gay marriage. As one of my sassier friends said, ‘ah, the bigotry against gay people, something both parties can still agree on.’ 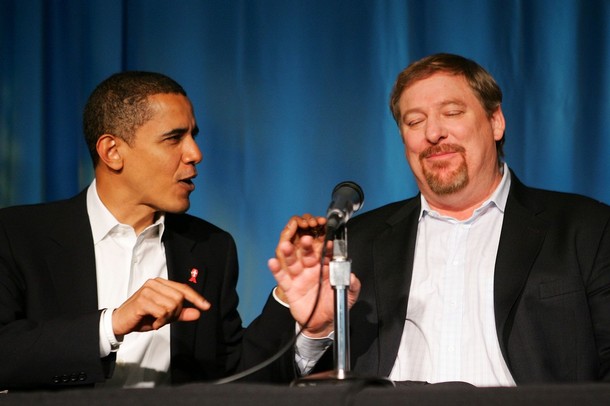 Obama’s choice of Pastor Warren is a slap in the face to every gay person or straight ally who voted for him. Obama calls marriage rights for gay people — a civil right — a “disagreement.” But thing is, it’s not a disagreement. It’s not that I like mint chocolate chip ice cream and Jason like rocky road. It’s without rights from consenting adults, rights like visiting loves ones in hospitals and getting social security after a loved one has passed. It’s about finally making gay relationships “real” in society as they are to those in said relationships. It’s about how if Jason were a woman, I would still be with her. As Jon Stewart so eloquently pointed out, no one is making Obama or Warren marry men.

2. In a similar story, California is still tangled up in legislation about the passing of Prop 8. Okay, Prop 8 (the anti-gay marriage ballot initiative) was passed for one simple reason: the “Yes” people had a better marketing campaign. They started earlier and initially had more money backing it. They community organized between religious populations and did community outreach. A friend of mine who lives in San Diego saw “Yes” signs that said, “Vote Yes for Free Speech.” As an informed ally, he shook his head, but no doubt others, especially fence sitters, were thoroughly confused.

Good news is that California Attorney General Jerry Brown has changed his opinion on gay marriage to understanding that it’s a civil right. Bad news is that the “Yes” people are trying to repel the 18,000+ already legal marriages. As the law about grandfathering reads, I hope a judge will laugh at them and throw it out of court. (Grandfathering is where you can’t be breaking the law if it was legal when you did it. Or laws aren’t retroactive.)

The problem is that marriage in the US needs to be redefined. It needs to have a separation of church and state. Every other law does. As a non-religious entity, the Government should have no problem issuing marriage licenses for civil rights, tax laws, inheritance laws, etc. As a religious entity, churches, temples, and other religious organizations can have ceremonies of religious and personal significance. I don’t understand why it’s not already like this. When we’re born, the state issues our birth certificate and that’s the legal moment of our birth. The legal moment of birth is not (for example) when we’re baptized into a Christian religion, which would be the moment of birth in that religion.

3. The financial bailout and the complete lack of regulations and the continuing asshattery of corporations while real people are suffering the consequences. Goldman Sachs, which accepted $10 billion in government money, and lost $2.1 billion last quarter, announced Tuesday that it handed out $10.93 billion in benefits, bonuses, and compensation for the year. And some of those bonuses were $200,000 in cash. I don’t make that much money in four years of my salary.

“‘Why be pennywise and pound foolish. You want your good people, you want them motivated. And that is why they are paying bonuses,’ said Steve Kaplan, professor of finance at the University of Chicago.” Geez, I should’ve gone into the finances instead of marketing and e-commerce. In finances, hard times = bonuses and pay increases; while for the rest of us, hard times = no bonuses, no pay increases, and lay offs. Ah, Mr. Scrooge, just another coal for the fire.

4. A new report found that women lose approximately $434,000, on average, over a 40-year period because of the gender wage gap. Currently, the US Chamber of Commerce is preventing legislation to make women’s wages more equal. The thing is that this is not just a woman’s issue; it’s a people issue. In my household, I’m the bread winner. (Jason is a graduate student and gets some compensation.) Needless to say, my household is very pro-equal wages.

5. TV shows throwing out and killing gay characters, then congratulating themselves on being so open minded with their tokenism. Okay, this might not be as big as the economy, but, as a bisexual woman, I would like some better representing on TV, thank you. 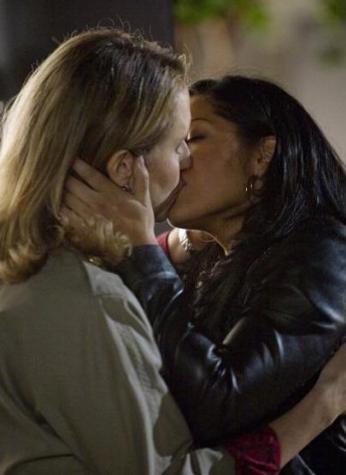 First, there was the firing of Brooke Smith on Grey’s Anatomy. Smith played Grey’s first lesbian, Dr. Erica Hahn, who hooked up with the bisexual Dr. Callie Torres. Then was unceremoniously dumped because Hahn didn’t have the right “chemistry.” I watch Grey’s all the time and everyone is sexing it up all the time. That’s what the show is about. But apparently, 3-4 instances of lesbian sex made everyone freak out compared to the hundreds of heterosexual sex scenes that have happened over the five years of the show. Even Isiah Washington (infamous for having to go to rehab for being homophobic and being fired from the show) called them out on their bullshit.

Additionally, ABC ditched Rebecca Romijn’s transgendered character on Ugly Betty. Okay, Rebecca was pregnant and taking time off. Her character couldn’t have gotten pregnant in any storyline. Still, pregnancy doesn’t mean that they should completely write off the character and say that she isn’t coming back.

Then there’s Stargate: Atlantis, which I love my cheesy sci-fi. Unfortunately, this past season has failed even more to live up to its potential than all the other seasons combined. The news of the series cancellation seems to have caused the writers to even further ignore any skills they ever possessed as writers. Then they announced, “Oh, we had a gay character and she was Hispanic too. But then we killed her off. Oops.” Because Stargate doesn’t have enough problems with how it portrays minorities that they should also add the Dead Lesbian Cliche to their pile of problematic writing. In many ways, I’m am so glad that the show has two episodes left.

My hot issues haven’t melted the snow. (In fact, it’s snowing again. Dammit.) But they are made of fail.