Links I enjoyed this week from around the internet.

• Why Your Customers Don’t Want to Talk to You. This is a very interesting study in how customers like easy, low-bar self-service. I think this is very important as there are many days, I love the self-service checkout at the grocery store.

• What BP Could Have Bought With All the Money They Lost. I love infographics. And this is kind of a crazy, crazy amount of profit. Like does any company need this much money? It could do so much good in the world.

• China launches oil spill clean-up after pipeline blasts. There’s another oil spill happening, only this time in the Yellow Sea in China. Two oil pipelines going into a port burst.

• Live Nerd Girls. Lucy Knisley’s comic about how women are treated by men in nerd fandoms. And about the stories we tell ourselves in our heads. END_OF_DOCUMENT_TOKEN_TO_BE_REPLACED

Standard warning: These are links that I found interesting, exciting, or relevant, and I hope you do too. But I don’t make any promises.

• Scientists find oil blotches on Gulf crab larvae. Great. This is the first major consequence of both the dispersant and the oil. If you don’t count clean-up workers getting sick.

• How to Stop Worrying and Love Comics. Sometimes, you just have to remember what made you so passionate about your hobbies to start with. They should never be a chore. END_OF_DOCUMENT_TOKEN_TO_BE_REPLACED

Links I’ve enjoyed from around the web. Your mileage may vary.

• Is the BP Gusher Unstoppable? Read the forum of geologists and oil professionals that has the science community buzzing. This is just beyond depressing, but is a must-read as it explains the science behind the gushing well.

• BP’s burning sea turtles. A video of a boat captain talking about how BP stopped him and his crew from trying to find sea turtles in oil BP was setting on fire.

• “We Don’t Need This on Camera”: BP’s Crappy Cleanup Job. BP continues to block reporters’ access to beaches affected by the Gulf Oil Spill. In some cases, beaches and wildlife are completely neglected.

“BP doesn’t want the media taking pictures of oil on the beaches. You should see the oil that’s about six miles off the coast,” he said grimly. We looked down at the wavy orange boom surrounding the islands below us. The pilot shook his head. “There’s no way those booms are going to stop what’s offshore from hitting those beaches.”

END_OF_DOCUMENT_TOKEN_TO_BE_REPLACED

Two weeks worth of links and other things I found amusing, insightful, or otherwise useful around the web. Your mileage may vary.

• A photo of me on the set of ExOfficio’s Spring ’11 photoshoot. Yes, that’s how far ahead the fashion industry works. (I’m the one with the braid and my back turned.)

• Okay, not really me, but my good friend Steve. His Batman, Hitchhiker’s Guide to the Galaxy, and Sandman tattoos were featured on Geeky Tattoos.

• We Just Tore Up Our Contract with Mother Nature. Chuck does a good job at collecting all the various links about the BP Oil Spill. Warning: He does become ranty at the end, and he’s a horror/fantasy writer so things get graphic.

• Leroy Stick – the man behind @BPGlobalPR. Why a fake Twitter account is a thorn in BP’s side and how they seem more concerned about their PR and stocks than the Gulf Coast being destroyed.

• Apparently, there are people out there making shows for me, including RuPaul’s Drag U and Men with Brooms: END_OF_DOCUMENT_TOKEN_TO_BE_REPLACED

• 50 most stunning examples of data visualization and infographics. These are just downright cool. I love infographs, and completely respect them as they’re hard as hell to make.

[…T]he real joy of Ware’s work (and probably the reason it was rejected) lies in the tiny, hilarious details like the warehouse of Waves of Grain 4 Sale, a tiny Republican tea party, a “Greenspan LubePro,” a helicopter dropping huge stacks of cash on top of a skyscraper while little figures celebrate, and many, many other shots at corporate America.

• True Blood’s first webisode, Pam and Eric have tryouts for a new dancer at Fangtasia. NSFW. (Via Inside Trekker.)

• Time’s 100 Most Influential People of 2010. This year 31 women make the list. The highest number since Time started doing this.

• Supreme Court critical in domestic partnership case. Even Scalia says this isn’t a first amendment issue and that if you sign a political petition, your name’s going to be out in public. Bigots. (And wow, I actually agree with WA Attorney General Rob McKenna.)

“Oh, this is such a touchy-feely, oh so sensitive” point of view, Scalia said. “You know, you can’t run a democracy this way, with everybody being afraid of having his political positions known.”

There are those who would argue that this is just a “Mexican thing.” Even if this were the case, I would still stand with the protesters. A “Mexican thing,” is a human thing.

The picture and its factual basis in the Guy Fawkes story eventually became a rallying cry for supporters of Congressman Ron Paul (R-TX), who turned in an astonishing $4.07 million for the presidential candidate on Nov. 5, 2007. However, as with the tea parties, also created by Paul’s supporters, old-guard Republicans and neoconservatives came to see Paul’s campaign model as both a threat and an opportunity, then seized upon it.

• Gulf Oil Spill Could Eclipse Exxon Valdez Disaster. Or as Bill Maher tweeted, “Every asshole who ever chanted ‘Drill baby drill’ should have to report to the Gulf coast today for cleanup duty.”

• Nobody Can Stop Facebook Because Nobody Understands Facebook. If you haven’t heard, Facebook’s taking over the web. And if you have a Facebook account, it’s opt-out, not opt-in, to connect and share your information and your friends’ on various websites. Want to know what your friends read, shop, and watch? Facebook’s there to creep you out. I work on the backend of e-commerce marketing and sometimes use this kind of information, but this even creeps me out.

Have the nuances of online privacy become so complex that they’re beyond the comprehension of mere mortals? 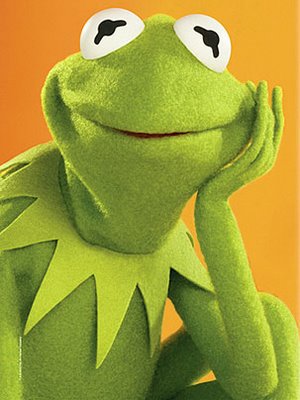 These days being Green sells. This makes me happy, moreover, this makes my inner nine-year-old happy who was campaigning to save the whales on the local news long before it was cool. However, as Kermit pointed out, being Green isn’t easy, and sometimes, it might not be as profitable as shareholders demand that it be. Especially since being Green has become lumped in with better labor practices and company ethics.

Say I decided that I wanted to start mass selling warming cat beds, I would need:

1. Investors to fund my project
2. Materials to make my cat beds out of
3. A design team to create the product
4. A marketing team to create the packaging and branding messages
5. A factory to produce the product
6. A factory to produce the packaging
7. A warehouse to store my packaged cat beds
8. Shipping to get cat beds to warehouse and then to stores/customers
9. Stores and web site to sell them in

(Okay, I’m sure I forgot something. But this is simplified.)

So, let’s say I make my cat beds out of 100% organic cotton and use an energy saving method to warm the beds. Great, my cat beds are Green, right?

Wrong, when they travel really inefficiently by jet from my factory in China because I have to meet deadlines. Wrong, when I use non-recyclable new plastics in packaging. Wrong, when I mass market them at Wal-Mart and pay my own design team substandard wages so they have to work at Wal-Mart selling my cat beds on the weekends to supplement their income.

While this is a massive simplification of how hard going Green actually is, it’s not an uncommon practice for companies to say they’re Green and then leave some pretty big carbon footprints in other areas or with other products. This is also known as Greenwashing and it all comes down to how much money a company can make by advertising it as Green.

Though my cat warming beds are trying to Green and hopefully getting incentives to become Green in other areas besides materials, they aren’t quite there yet. They aren’t completely Greenwashing, but the packaging needs to be clear that the materials in the product and it’s function are Green while the rest of it may not be.

Traditionally, Greenwashing was associate with more blatant profit mongering or anti-environmental acts being passed off as Green. However, there’s been a move these days to say, “Hey, but what about…” And sites like GoodGuide have popped up to help the prosumer make a decision about how truly Green a product is. Because alone we don’t have the resources to figure it out, but together, we can stand up and say that while being Green isn’t easy, it’s time to start.