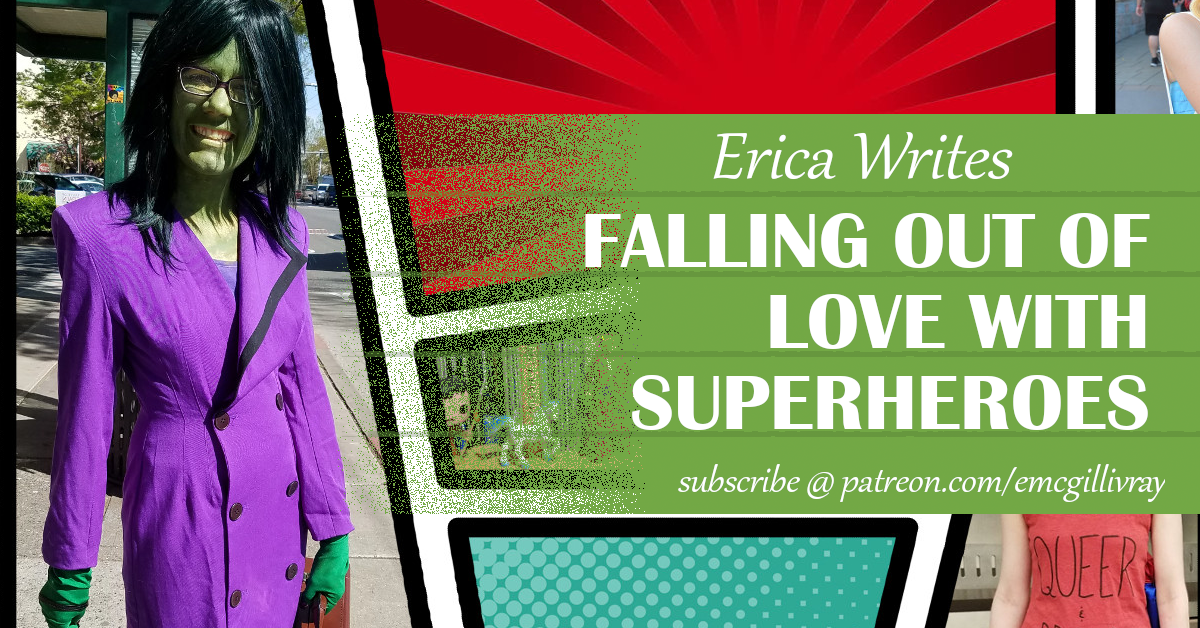 The Thanksgiving before Captain Marvel (2019), my friends and dinner guests all turned to me and asked, “Who the heck is Captain Marvel?” I spent the next 30 minutes regaling them with the history of Carol Danvers — her high-points and low-points — and answering their many related questions, especially on my movie-focus speculation and which other Marvel Cinematic Universe (MCU) characters might show up.

No pre-game Wikipedia is necessary when you have me for a friend.

My relationship with superhero comic books was intense. From 2007 to 2020, I wrote comic book reviews. I founded GeekGirlCon, a nonprofit that throws an annual convention celebrating women geeks, including those who love comic books. I’ve spent thousands on comic books, movie tickets, DVDs, action figures, artwork, clothing, coasters, blankets, and bottle openers featuring superheroes. I’ve cosplayed as Alice (Batwoman’s sister), the Winter Soldier, Emma Frost, She-Hulk, and Wonder Woman, among others, and attended as many comic cons as I could. Summer of 2007, I was three feet away from Robert Downey Jr. — who then was just my favorite Ally McBeal boyfriend — on the SDCC show floor as security escorted him to his Marvel signing booth.

Superheros and their superpowers delight me because perhaps, like Jen Walters (She-Hulk), I’m just a tiny and non-physically powerful human who desires to become on the outside what I am on the inside. Maybe I wasn’t thinking of that in 3rd grade, as my mom made me and my brother Batgirl and Batman costumes. Yes, Batman Returns (1992), specifically Michelle Pfeiffer as Catwoman, was my sexual awakening. (I’m sure I asked my mom for a Catwoman costume, but that would’ve been rightfully too sexy for a child.) END_OF_DOCUMENT_TOKEN_TO_BE_REPLACED