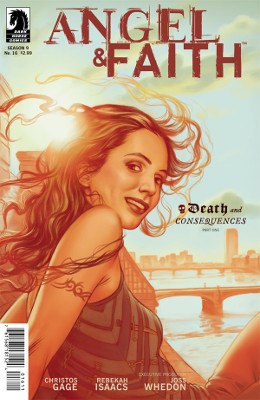 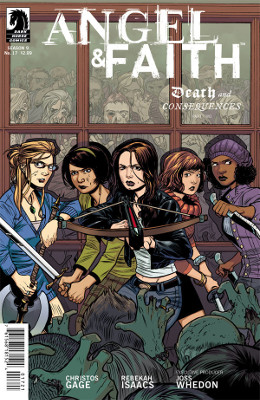 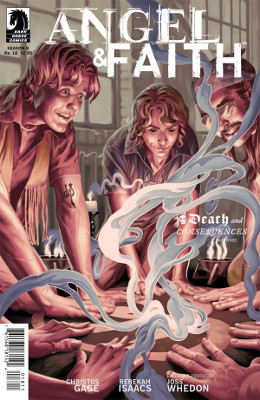 I love this book so much. I was so worried they do something dumb and resurrect Giles, but it looks like someone else beat them to it. Much better for Angel and Faith in the long run.

I was also worried that the side-plot with the Slayers was just going to be filler. So I’m glad to see that it wasn’t.

Of course, the aunts aren’t going to tell Angel or Faith what happened while they were away. That’s what makes them extra awesome characters. You know, for a book.

Seriously, not only is Ethan dead, but we have an Eyghon plot? Color me bored.

You know, Giles lived a long time. I appreciate the story of his aunts because it’s new; it’s something we didn’t know about him before. But we knew about Eyghon. We knew about Randall dying way back in the day and why Giles went to rejoin the Watchers’ Council. Tell me something that I don’t know already.

Plus, zombies are just plain boring.

Yep, this Eyghon plot just isn’t my cuppa. And Angel pulling out all these random “I knew I was going to have to fight Eyghon for Giles’ soul” faqs is just silly making. Plus, it makes it seem like the writer has less of a plan than Angel.

I do like that Nadira will have to fight alongside of Angel and Faith, instead of against them. This will probably turn down her blood vengeance a little bit.

The flashbacks to Giles’ life continue to annoy me because we’re not learning anything new about him. Though I’m betting that whatever his grandma tells him will be the fix to the current Eyghon problem. Too bad Grandma Giles didn’t take after her daughters and their love of staying young.