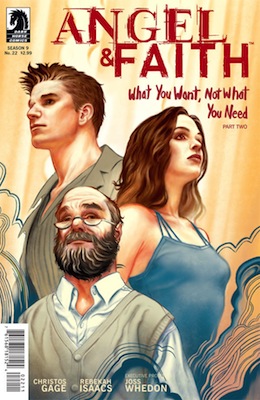 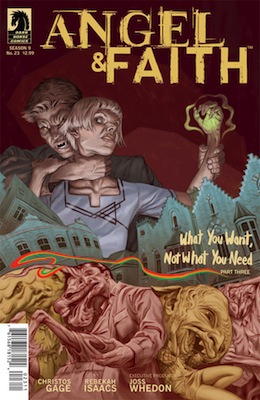 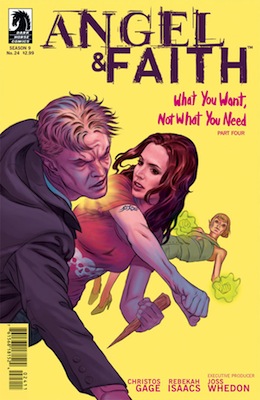 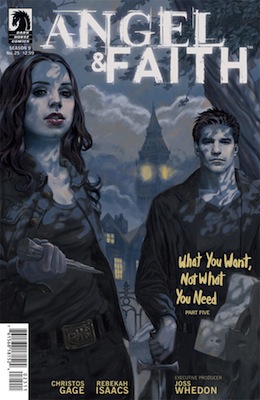 Not sure how I feel about Giles’ resurrection as a pre-teen. I can understand why Sophie and Lavina fucked it all up. They really want to give him a new lease on life, and we all know that they highly value youth.

I’m kind of guessing that Alasdair isn’t evil like they hinted at. It probably would’ve come up sooner. Maybe it was actually supposed to be foreshadowing to him having all those magical items stored away.

Surprised that they seem to have gotten away with resurrecting Giles without much side damage. Plus, an easy confirmation that he was in hell. (Of course, considering how they played it out with Buffy, I suppose they had to check.)

And they immediately have to go after Pearl, Nash, and Whistler for whatever they’re doing. Seems like they’d need some time to regroup or that bigger guns would be watching.

Who’s actually surprised that this crack team got their asses handed to them? No one. Or that Nadira died? No one. We only have so many characters that we don’t have emotional attachments to that we don’t care about going about the messy business of resurrecting people.

Don’t really know how they’re going to stop this. But I imagine that it will be Giles, who does. Because even though he’s still a preteen, he’s the only adult there. The other people who are over 100 or like 300 aren’t adults yet.

No one likes when magical, delightful sparkles turn you into monsters.

I still don’t understand Whistler or Pearl and Nash for that matter.

This fight is just really going on for too long. Like how long can Faith fight Pearl and Nash. I mean, give them flight and laser eyes and all of the sudden the same Slayer, who’s fought serious baddies, can’t hold up a fight on her own.

Not completely surprised that Nadira didn’t totally die considering all the magic in the air. Glad that someone finally killed Nash. About time.

Could care less about Whistler’s transformation and his fight with Angel. Also how bad they both feel about the evils that they did, must do, will do, will do again. Seems the only reason that Whistler ever liked Angel is that he reminded him of himself.

Where’s Willow to come up with a real magical solution? Though maybe Lavinia and Sophie will.

I’m sad that the only Buffyverse comic book worth reading is coming to an end. It’s the only one that did an awesome job at mixing what you can and can’t do on television. The main title always seems to be like “Ooh, TV limited us here! Let’s do that!”

I was expecting Angel to convince Whistler to actually stop. Though after that, I wasn’t surprised that Whistler sacrificed himself. Obviously, they didn’t want the magics to kill all those people. However, I’m pretty sure a bigger book theme has been trying to get magic back into this world; so I’m curious about what other implications are going to happen.

I’m glad to see Faith growing out of need Angel as much as she once did. She’s right that eventually you do have to move on. And Angel will always be getting into trouble in his mission. I do like that Faith still wants to help the other Slayers.

And it’s kind of cute that Giles is still a teenager. Even if I wasn’t onboard with that from the beginning.

Enjoy the final chapter in this story and buy Angel and Faith Volume 5: What You Want, Not What You Need