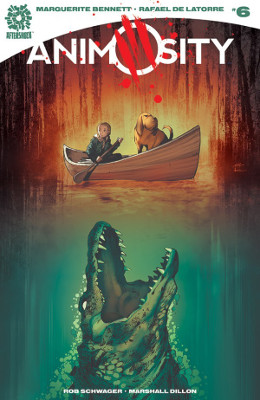 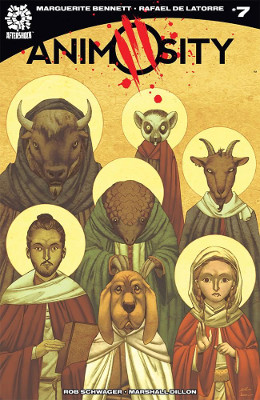 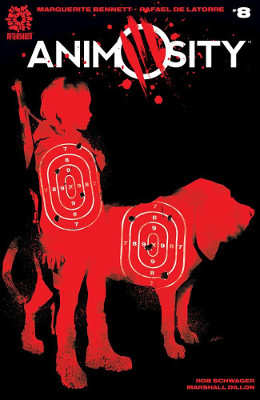 This book is super harsh. I mean, I guess if we’re going to go for hyper realism in a world where animals can actually talk, harsh it is.

I do find it interesting that the followers of the Dragon dress up like humans. As if, because they are animals, there is something shameful about eating meat. But humans, humans are beneath them and humans can be the bad guys when it comes to the capturing and killing. Though we did see some non-carnivorous animals in the mix. I suppose we did have the kola with the shits earlier.

I didn’t know that turkey vultures could do that. I mean, we do have talking animals. But I don’t know about having a turkey vulture who can spit fire. (They don’t actually spit fire, but they do vomit in front of predators as a peace and meal offering. So gross.)

I’m happy Beth and Pallas are alive. But we shall see about the others. Seems like once you are hung on a hook from a ceiling that you probably want to be dead. It’s not like there are lots of doctors and hospitals around.

There’s so much gray in this book, an incredible amount of gray. This issue showed it much more than any other in the series so far.

Pallas remains my favorite character. They live in the gray understanding of the world. When they go back with Sandor to the pile of dead animals to bury their friends and get meat, that was so real world stuff. Especially when Sandor asked Pallas to continue to feed meat to Jesse and take care of her if something happens to him. Also, to not tell her she’s eating animals. (You’d think she’d be old enough to catch onto that.)

I don’t think anyone is sad that the Vulture is dead. But I liked how Bennett played the parallels of Sandor as a hunter and the Vulture as a hunter. Still no explanation of the fire spitting though.

Zarzamora is actually correct that Sandor does need to let Jesse face some realities. Especially in a world where they don’t know who they can trust. Though maybe they can trust Hourglass Falls.

Damn this book. It made me cry so much. (Also the current news doesn’t help.)

Hourglass Falls is both a place of healing and death. I imagine that there were many things any animal saw that would drive them not to want to be part of this world. Just how I in reality sometimes wish I were my cat.

Jesse grows tremendously in this issue. She understands more about life and death than probably a kid her age should. But it’s important that she knows every truth. I love how we see her comforting Zarzamora, and her acknowledging that she already knew Sandor was dying.

One thing I hadn’t considered in this book was how many animals’ very short life spans would affect their outlooks on life. Compared to humans, most animals’ natural life span is much, much shorter.

The debates around soul and religion are interesting. As a child, the first time I questioned an organized religion was because I was told that my animals wouldn’t join me in heaven. That version of heaven sounded like a terrible place I didn’t want to be.

Zarzamora has become such a complex character. It’s really a testament to Bennett’s writing. I loved how he talked about his family and what happened to them. Especially his senora.

de Latorre really outdoes himself here. He experiments with different styles for the different scenes and the different moods for each character. He lets the pages bring to life all the emotions of Bennett’s writing.

This is probably the best issue of Animosity to date.