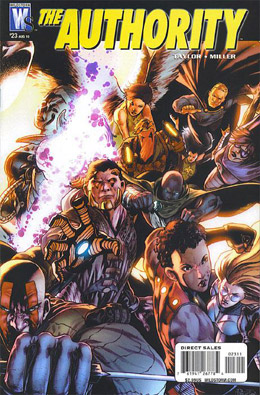 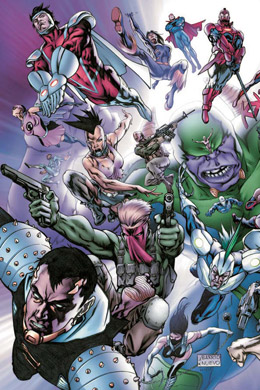 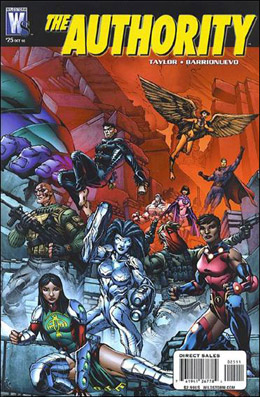 I’m so incredibly thrilled that Angie is back. That she isn’t overtaken completely by the Carrier. This is great.

The scene with Grifter stumbling out of Flint’s quarters in his heart-pattern boxers is hilarious. It would’ve been more hilarious is if Angie wasn’t essentially naked herself and Shen wasn’t wearing a bikini, which the bottom keeps moving up her crack. See, creators, this is why pants are important. For the jokes.

Sadly, I feel like Christine’s being set up for the fall. Or at least, set up so she lets Jack have completely control of their mission. Christine does have a lot of heart, and she cares about humanity on a micro-level. Which is in direct conflict with Jack, who thinks on a macro-level.

I’m really not thrilled with Mondregon. I don’t like the human population being used as fodder.

I’m even less thrilled with the Mondregon plot ending than I was the beginning. First, there was the human fodder. And now, there’s the High dying. Again. They just took all this time to bring back the High, and now they’ve gone and killed him off. And you can’t convince me that other writers won’t find a way to bring him back, and he even might be evil again and mixed with the Mondregon.

Dear Authority writers, Find new plots! Just because it was awesome when another (probably more famous) writer did it, doesn’t mean you need to give me a repeat. Dammit, come up with something new.

Taylor’s quote at the end kind of redeemed the plot. But not really.

I also wasn’t impressed with the reveal that Jack was guarding a very powerful gun. *yawn* Also I hope that Christine doesn’t get sidelined as a leader to play River’s mother.

I’m still feeling let down by this title. And the feeling’s even more there now that the Carrier’s landed on its home planet. Or more that it’s been killed again by a giant spike.

A good portion of Authority #25 is taken up with everyone bitching about Jack for keeping a secret weapon that could take down the Carrier. I think Taylor wanted to do some character development with this scene, but what it really does is put everything back into the status quo of Christine and Jack still neck-in-neck over who’s going to lead. I think it’s telling when Christine says that Rainmaker should do everything Jack says, just add a “please” to the end. Even the author feels bored with this story.

If they had the big gun, why didn’t that use it on the Mondregon more efficiently? Seriously. Instead, we get people, specifically River, crying over John’s “death.” Oh, and Shen’s still in a coma.

The part where Jack shows Gifter and Deathblow the armory and Gifter gets a hard-on is rather over-the-top 12-year-old humor. Unnecessarily reinforcing that guns are only for the guys and so are comics. Why didn’t Jack take Flint as well?

Angie curled up naked on the floor is just disturbing. Especially since she’s arguably — with or without being part of the Carrier — one of the strongest characters and if they need to fight, would be essential to a battle based on technology.