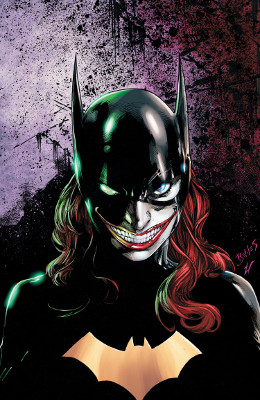 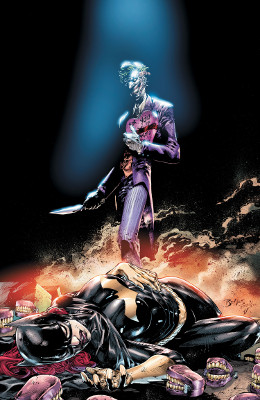 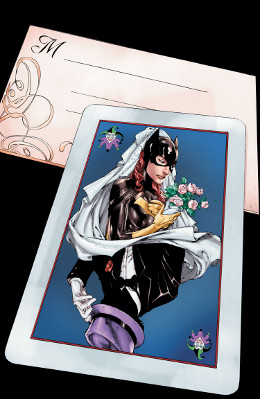 Ugh, I am not a fan of this plotline. I get that Joker is unpredictable, and his movements are unpredictable. However, I don’t buy that he would want to marry Babs. That doesn’t make any sense. And I always hope that Simone will stay about from plots that deal with Babs being a woman or sexual harassment in this case, but I guess not. It’s just kind of gross.

I also don’t understand why James can’t use his powers of persuasion on the Joker. Unless he is and it’s a bigger plot. That said, I get that Babs has to save her mother. I appreciate that.

I continue to very much hate this plot. I’m not a fan of the Joker nor am I a fan of weird wedding villain lunacy. And the random evil is the precise reason why I don’t like the Joker as a villain. I get that he’s supposed to represent the kind of violence that’s unpredictable, the kind that you can’t stop. But I think his time to die has long since passed.

Of course, he’s too much of a cash cow to ever be dead.

That said, Simone writes a scary Joker. And she makes the scenes where Babs is part terrified for her mother and part ready to kill the Joker very, very believable. The story is gripping. Sampere’s art is much better than Benes’ in conveying the trauma of the scene.

I wonder how much James Jr is going to out himself by helping to save his mother and Babs. Also, I feel like the same way that Jim should be tracking his son that Batman should be tracking the Joker. I want Babs to save herself; but I don’t see Joker just scooting away without the involvement of Batman.

And this book just got grosser. Of course, it’s a crossover where Batman will swoop in to save the day and take down the Joker. Or at least lock him up. Because only the Batman can and any interactions with the Joker must be framed through Batman’s experience.

While I’m really glad that they didn’t actually get married, which I would’ve been shocked as hell if that happened, way gross that Babs is now the Joker’s prisoner.

See for yourself, and buy Batgirl Vol. 3: Death of the Family