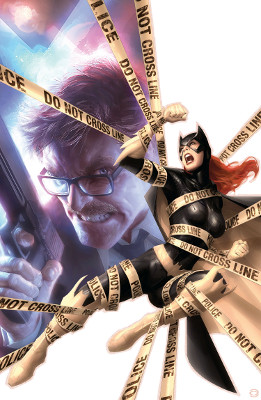 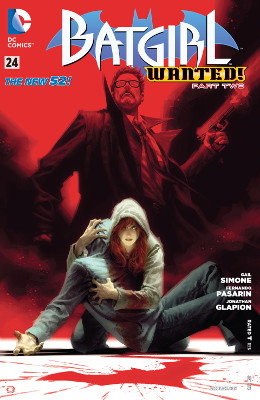 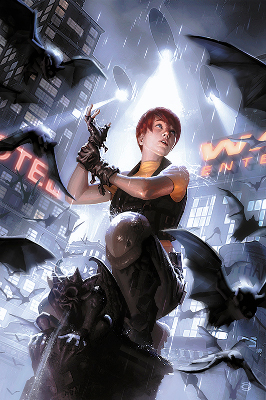 This book has gotten really, really good lately. This is what I’ve been wanting since it first started. I feel like Simone’s really hitting her stride.

Love seeing how Babs can’t just stop being Batgirl. She never could be. That’s why no matter what’s happened to her, she’s always a superhero: Batgirl, Oracle, whatever. It’s just who she is.

The scene of her and Alysia going shopping together and then getting harassed by the men was perfect. She’s used to having more power than just a woman out shopping with her best friend. She’s used to having control and having more privilege to walk around even in the darkest spaces without fear. Instead Babs finds herself breaking dishes and causing a public scene. Of course, Alysia probably chalks it up to PTSD from Babs’ attack.

Love that both Babs and Jim and his crew go after Ricky. Not surprised to see that McKenna has teamed up with Jim on a quest to stop Batgirl; but they are taking things a bit too far and that will probably bite them in their butts. My guess is that Jim will discover Babs is the Batgirl and then have to hide it from McKenna.

I hope Ricky’s not dead! (Though he was incredibly stupid to go into that warehouse.)

Okay, I’m happy that Ricky’s not dead. Just in a comma which he may or may not recover from. (I’m hoping once this is all sorted out that Ricky comes out of his coma as he and Babs are cute together.)

Interesting that McKenna seems to know a lot about what Knightfall’s doing. Seems like the cop should be pushing a little harder to take down a criminal. Especially one who’s keeping a bunch of super-powered villains in her pay.

Not surprising that even though Babs is pissed at her father about shooting Ricky, she’d still go to his rescue. I’m going to be shocked if Jim doesn’t find out that Babs is Batgirl.

This is terrible call to put a one shot story which took place years before in the middle of a tense arc. Way to waste a month, DC.

Bennett’s story was pretty generic. It seemed heroic generic, and it could’ve been about almost any hero in the DC universe. Except that perhaps Babs didn’t peg Henry as a liar and thief right away.

James’ observations were very keen. Though I was surprised to see that he didn’t use his powers when he wanted Babs to just leave on their own. Or perhaps we were supposed to be seeing her strength.

The ending seemed as though it just cut off. Obviously, we know that they survived. But still…