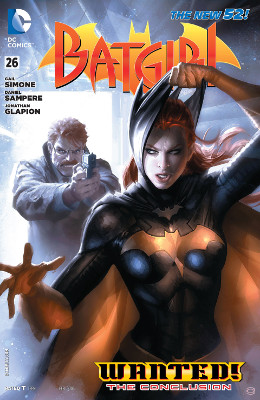 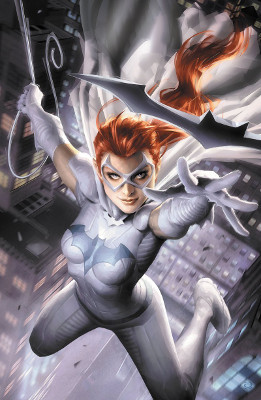 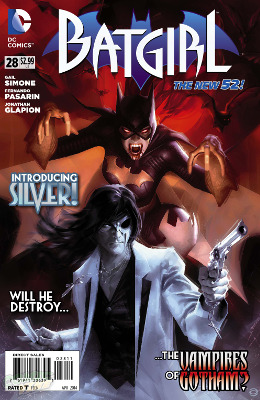 Okay, not very shocked that Jim didn’t want confirmation that his daughter is indeed the Batgirl. There’s no way that he doesn’t know at this point. He’s just in denial. A deep hole of it.

We all also know that if Jim tried to figure out who Batman is, he’d be in a world of trouble. In fact, Jim’s probably never asked because he’s seen what happens to those who try to solve that riddle. Batgirl, on the other hand…

The fighting was okay, but what really made the book was how well Babs decowling worked.

No one is surprised that James is still alive. Or that Amanda Waller pulls his strings now.

Also yay for Ricky waking up.

And it’s time for yet another crossover. You know, I’m really only expecting two issues these days in normal continuity before being plunged into a middle of a crossover that I don’t give two shits about. If you’re wondering why comic book sales are down or why people don’t feel like they can get into comics without being extremely confused, this is exactly why. If I was a new reader and didn’t, sadly, start expecting this bullshit, I would probably put this book down and maybe not pick it up again.

Yeah, this perfect life stuff is pretty boring. Obviously, there’s some serious Joker-ness happening behind the scenes. I felt really bad for Angela Ramirez and being one of the only ones to see through the mass illusion. But otherwise, I could not care about this alternative world that’s going to come to an end in another book.

Fat Alaska was also pretty funny. Though you’d think that Babs’ fantasy life would include living happily on her own or with Alysia, even if her family was perfect.

So this new villain, Silver, isn’t tickling my fancy. Simone seems pretty light on character development, particularly of villains, when they aren’t given the main spotlight in the story. Also, Silver doesn’t seem that compelling in general.

Babs isn’t doing a very great job of keeping her secret identity secret in this story. Seems like there should soon be a lecture from Batman about that. Silver seemed to figure out who she was pretty easily. Too easily.

I liked Strix’s addition to the story. Odd though that no one seemed freaked out by or asked about the bandages around Strix’s face when she was in plain clothes. I loved the scene where she wanted to wear Babs’ prom dress in their undercover as cops mission.

Yeah, Babs just needs to be a sign that says “I’m Batgirl” on her forehead at this point.