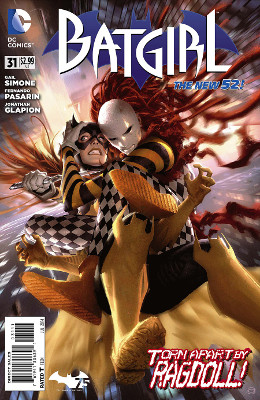 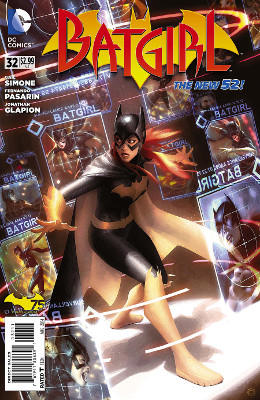 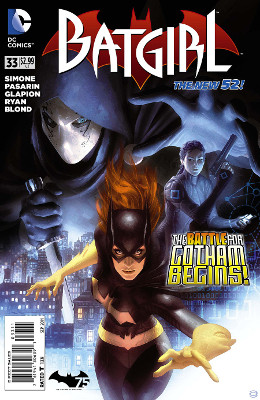 I’m completely unsurprised that Simone brought in Ragdoll and clearly had him calling Scandal Savage. More surprised that the DC creative heads let her do it. But who knows since the multiverse is back.

I was very worried about Alysia. Going against Ragdoll, especially when you don’t have any powers or combat training, would be terrifying. And even then, it would probably still be terrifying. I can’t help but wonder if we’re going to find Babs decowling to tell Alysia the truth.

That looked like Spy Smasher taking pictures of Babs. This is about to get very interesting. Or very Secret Six.

Huntress!!! I’m so excited that she’s joining the cast. Of course, I assume this is Helena Wayne. Though DC and their whole multiverse issue.

I’m not sure what I think of Munira Khairuddin kidnapping Babs and trying to recruit her to be part of some secret organization. I assume that Amanda Waller is behind everything. Because I always assume that. Do they not know that she’s Batgirl? In that it’s interesting that Munira lists everything crazy about Babs’ life and Batgirl isn’t one of them.

Knightfall is definitely going down. She’s attracted too many players watching her. I actually thought it was going to be Batman when Huntress stepped out of the shadows, just in how many people are joining up (or going opposed to each other to destroy a common baddie).

Simone’s getting the gang back together and is in high form here.

Obviously, Babs is breaking a bit if she’s ready to full on attack Knightfall. (Though in true hero style, she still doesn’t do it except under the deadline of Knightfall burning down Cherry Hill.) But I still have to agree with Black Canary about Babs not noticing that Huntress wasn’t really fighting back when Babs attacked her. Or at least, not using those fancy weapons.

Simone definitely likes to bring everyone together at the ends of her runs. One last hurrah and closure before she hands the creative reigns over to someone else. The only lack of closure we’ll probably have is with Jim since he’s clearly occupied in other Gotham titles.

Pasarin’s art seemed off this issue. The first page was especially weird. Yes, everyone was ready to attack, but at the same time, they also looked like they had bad scoliosis. I’m also not sure the colorists really fit with Pasarin’s art style.

I think I’m just more interested in the actual wrap-up instead of the set-up.