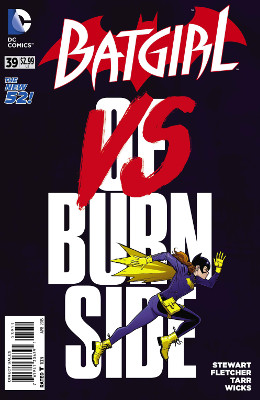 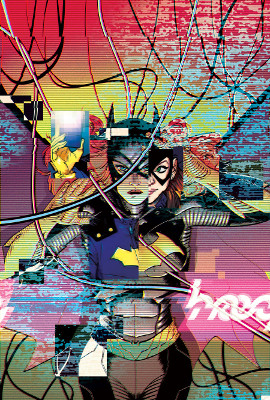 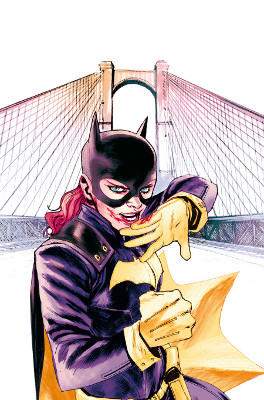 Glad to see this plot coming together and being tied up with a bow. I’m not so keen on being forced to buy another title next week in order to complete this storyline. Seriously, DC, bullshit.

Dinah and Babs making up and working together again just sets everything right with the world. More Birds of Prey love please.

I am interested to see if this is just a computer program gone mad or what. Also what’s Frankie going to do now that she knows Babs is Batgirl? (I’m actually really glad that this wasn’t James manipulating everything, even if that was my initial guess.)

I do hope when this plot is wrapped up that Babs can still have her new set of friends because I do like them.

Tarr’s art continues to be one of my favorite parts of this book. Her characters are so distinct; and they dress like they’re from 2015 and use great body language.

I loved Frankie’s reactions and dealing with the knowledge that Babs is Batgirl. So perfect. I really love the foreshadowing that Frankie will be the one having an Oracle role in the comic book. I can get behind that.

And it was nice to see the team up of the computer geek and the superhero in order to solve the issue. Plus, some vocals from Black Canary.

Pretty great to see Babs taken down the worst aspects of herself — literally — and finally get her recognition as an actual superhero from her community. Not just a celebrity superhero.

So Gotham is infected with some Joker-zombie virus? This is what I’m getting from this issue. (As usually, I am not reading the other tie-ins for whatever’s going on; though I am surprised that there’s not editorial introduction like there usually is in these cases.)

I’m not a fan of zombie storylines. I assume that we won’t just be killing a mass number of Gotham’s population, and instead, there will be at some point a cure for whatever’s going on. I don’t see a mass slaughter with actual consequences happening in a DC book.

I was okay with the few sparse dialog here. I like seeing that Frankie is onboard — clearly as some kind of new Oracle, which I adore and predicted. I also liked the list. It was nice to see Babs being a straight up hero when saving that little girl.

Join in the fun with Batgirl Vol. 1: The Batgirl of Burnside