Since this review was posted, Cameron Stewart and James Harvey were outed as abusers. As comic books are a collective effort, this review will remain live, but I cannot in good faith recommend purchasing this book or other works by these people. 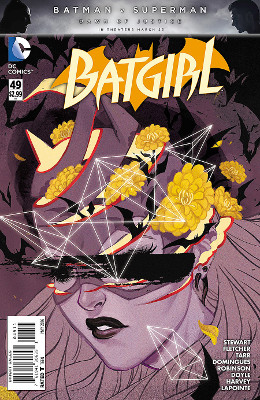 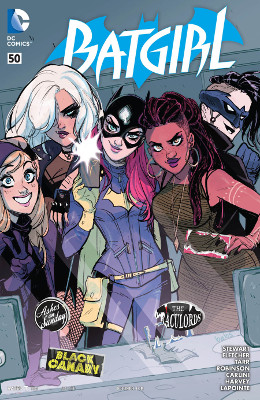 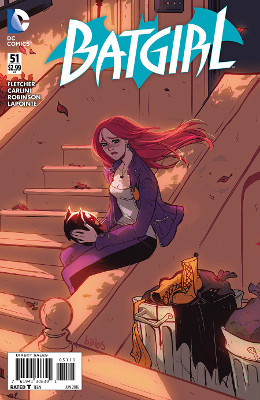 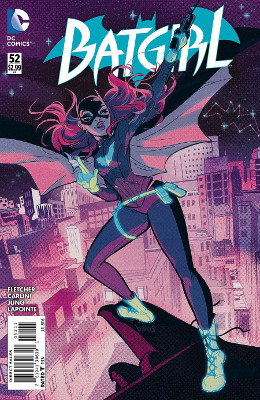 I have to give major props to all the artists on this issue. Usually, constantly changing artists just make my head spin and make me lose my suspension of disbelief, jarring me from the story. However, the art here felt very cohesive. I noticed minute changes. But it wasn’t until I read all the artists’ credits that I realized five different artists worked on this issue.

Not surprising that it somewhat of a team effort, especially Frankie’s effort, to put Babs together again. I love how Frankie takes reckless risks, in the same way we’ve seen Babs do in the past as Oracle.

Of course, we saw the AI turning evil coming a mile away.

I get that Babs has some pretty deep secrets and powerful ones like Batman’s actual identity. However, Gary seems to have no plot. Except some revenge. And it’s kind of petty considering the villains which he could sell that information to.

This felt like the ending for Batgirl of Burnside. Obviously, all the DCU titles are (well, have at the point I’m writing this) relaunching, and Stewart, Fletcher, Tarr, and crew are saying goodbye to this segment of Gotham City they’ve created. I’m not a huge fan of Batman the guy himself, but I do love this world and all the characters and how many of my favorite books over the years have had very different takes on it.

Here Batgirl assembles a team. They may not be called Birds of Prey, but they are the spirit of it, right down to some of the players and the firehouse. I love the different assigned elements that call back to Dixon’s and Simone’s works. And of course, how much these books stand on their own.

The brilliance of this book has always been how modern it felt. This big battle with Fugue and the villains on his side felt 2016. (I do wonder how this book will age. It will be so interesting to read again in 20 years.) Information has been paramount to each and every battle. It’s who knows what about whom. Who can transmit it to whom. Not surprisingly, the final battle is over the information of who is Batgirl, who is Babs, and who are the people and projects she cares most about. Fugue doesn’t need to be a big scary villain because he’s a metaphor of what matters most in Babs’ world. Particularly what matters most in Oracle’s world, which is the adult Babs. (Though I am disappointed that Frankie took the name “Controller” over just calling her “Oracle.”)

There were two major drawback from this issue (4 instead of 5 stars): 1. Spoiler used the word “lame” to describe the villains. When one of the heroes is disabled and another was at one point herself, I don’t think anyone would use that word. And 2. The changing artists were distracting. While they tried to match styles, it did take away from the cohesion of the book. And I get it that it was an oversized issue and probably too much work for even two artists, but I would’ve loved more cohesion.

I really, really wanted to like this issue. I’ve been waiting a long time for Babs to assemble another team, and here she has. I figured there would be a conflict with how much backend work there is — especially since she started her own business (which I’ll get to that in a moment) — that Oracle always did to make the team run. And even with Frankie running the Oracle role as Operator, it’s clear that Babs is still boss lady.

It does make sense that Babs would break up with Luke with everything that’s on her plate. It’s also a great message to send to girls and young women reading this book that having a man isn’t the be-all-end-all. In fact, superheroing and running a company are more important.

Okay, let’s talk business. I’ve founded a nonprofit — which was all volunteer run — and let me tell you that starting a business, running a company, it sucks every spare bit of time you have. I find it believable that Babs can’t “have it all,” but unbelievable that the company would be so successful and she’d still be focusing on all the other stuff in her life.

I do love that Babs handed over the company to Alysia. (And maybe Alysia has some skills we don’t know about.) But handing over the company and breaking up with Luke also feel like Fletcher is saying goodbye to this universe in order to make way for Rebirth and the new writers.

Which means this issue is also kind of bittersweet.

The changing artists were kind of distracting. Jung’s style (which was my favorite, especially in characters’ expressions) didn’t really match the other two.

Gladius didn’t seem like a huge villain, but more like a footnote of Babs’ time in Burnside. It was part of the wrap up. And part of being able to show off the entire team.

I do have to say that after having read an issue by Stewart and this one by Fletcher, Fletcher is the writer I prefer. (And if you’re being weird about it, after I finished Good Omens, definitely discovered I like Pratchett better than Gaiman.)

Everything here was about goodbyes.

Of course, Babs ruins her own surprise party. Or Gladius ruins it. I still cannot believe that so many people haven’t figured out that Babs is Batgirl. Actually, at this point in the book, I don’t really remember who does and who doesn’t, so those flashbacks helped. Maybe.

The one thing that really made this book was the secondary characters in it, and how Babs’ world felt like the real world with technology and diversity. (Even though tech is way whiter men than shown here.) I hope this spirit lives on in the next Batgirl book.