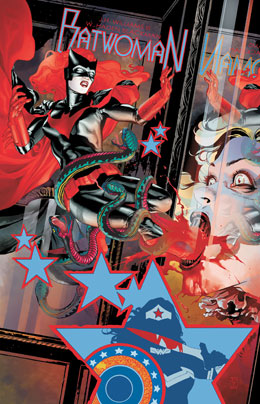 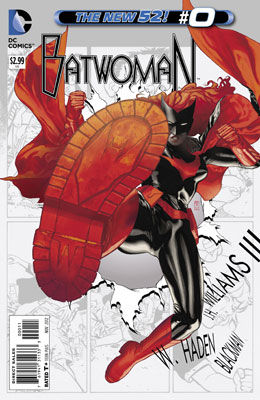 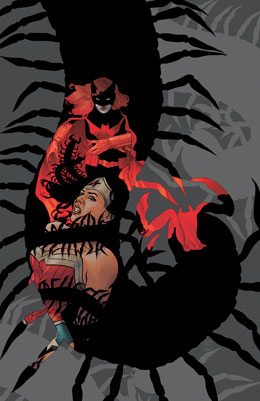 I’m so thrilled to see Williams draw Wonder Woman. I’ve been waiting for this for a while. Yes. And I love that the theme of drawing everyone’s worlds slightly differently is bleeding into Wonder Woman’s world too.

I’m also excited to have Wonder Woman team up with Batwoman. Awesomeness. And Chase is correct that no one knows the Greek gods and myths quite like Wonder Woman. (Even if this whole Diana’s daddy is Zeus stuff is still not kosher with me.)

Poor Abbott. But also poor Maggie. She knows what it’s like to miss a child — even if her’s is still alive — and not being able to bring these children back to their parents is really taking the toll on her and Kate’s relationship. Especially since everyone wants them to team up together to solve the mystery.

I’m interested to see how and what Jake is going to be training Bette to do. He’s definitely reluctant. But at the same time, he doesn’t want to lose a third daughter (even if Bette is only a stand-in). And, oh, hey, it’s nice to remember that Jake did remarry.

I’m glad that they seem to be toning down Kate’s whiteness when she’s out of costume. Or as comic fans like to joke, “Looking for Batwoman? Just find the only albino lady with red hair in Gotham.”

I am interested to see what Maggie thinks Kate is doing during the day.

For such a meaty issue, I found myself left with something missing. Perhaps it’s because Williams and Blackman are using Batwoman’s origin story pre-reboot — except that we don’t know when Renee died — that I didn’t feel I learned anything new. I mean Kate still loving her father isn’t a huge surprise. They were obviously really close for a long time so it’s not like she just stopped, even after she found out that he harbored the secret of Beth still being alive.

I thought it was interesting to give her training background. Mostly, I found it interesting in how similar it was to Batman’s training. Except with military people instead of the League of Shadows.

The final test was great. And my favorite parts were definitely Kate showing how her father loved her.

I’m so excited to have Batwoman and Wonder Woman team up. I love that Kate feels like she’s completely inexperienced compared to Diana and how Diana feels that she’s dragging Kate into something she shouldn’t be.

The prison concept was interesting. However, I’m not sure I followed all the mythology, and I’m pretty well versed in Greek mythology. This doesn’t make it easy for readers; though I wonder how much they might care.

The centipedes were extra creepy and gross. I’m just glad that Diana got them out of that situation. I’d definitely want a shower and then another shower and finally a long, hot bath to clean myself off.

I’m loving the continuing story of Bette’s recovery and how much pain she’s in. But not that she’s telling Jake. Jake who perhaps over-estimates how recovered she actually is.