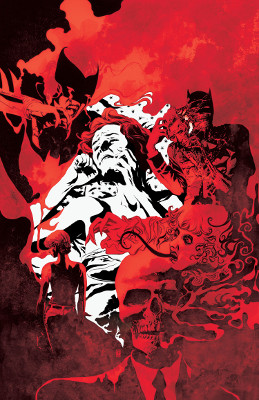 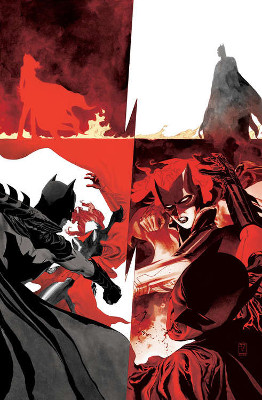 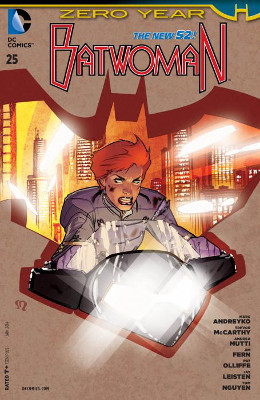 I just can’t help but think that Kate was super irresponsible to take the fear toxin less than a day before she starts the mission to capture Batman to distract the D.E.O. while Bette rescues Beth. Wouldn’t you want to be well rested? I get that she wants to make the drugging of Maggie up to her, but her timing is the worst. Seems like there might be some other side-effects besides the general hallucinations that might throw a wrench into your ability to fight.

Love that Bette’s the one to break the D.E.O. guy before Jake and the Crows fail at torture. And that she’s the one seriously questioning what they’re going to do after they get Beth, but isn’t really senior enough to voice her concerns. Bette’s very much the voice of reason. Especially since Beth has been seriously abused, is mentally ill, and might have some superpowers.

Looking forward to seeing what happens next.

Really, DC, that’s where you ended Williams and Blackman’s run on Batwoman because you were pissy that creators stood up to you publicly and got fans pissed off at you? Super classy, dudes.

Unsurprising that Chase locked Maggie up and Harvey too. I’m just a bit surprised that Maggie would’ve given away that she knows all about the DEO and their plans with Kate. Maggie should also know not to give anything away to Harvey if he can use it against her, he will.

Loved seeing Bette back in the field. Now I really want to know what happens when Alice removes her security gloves and if it’s more than just violence. Something tells me that she’s not going to be happy. Hopefully, they prepared Bette for dealing with someone who may be off her rocker.

I don’t know how I feel about the fight between Batman and Batwoman. I enjoyed seeing Bones off-kilter, but it does seem like Batwoman is going to go through with the DEO’s plan. Or at least until she hears that Alice is safe.

I see that next issue is a Year Zero, so we’ll have two issues before any kind of resolution. I have decided to keep reading Batwoman despite everything. I did take me a very long time to sit down and read this issue because I just didn’t want the shitty stuff that happened with DC editorial to be true.

So they pretty much put all these Year Zero comics, all about Batman’s debut to the world, at the worst possible spots in at least this book and Batgirl. Yep, we can tell which book editorial thinks is the most important one. Hint: it’s not about women.

Interesting to see Andreyko giving us such an early view of Kate. You’d think that he’d want her to be a little further on her path, especially if he’s keeping the canon established by Rucka, Williams, and Blackman.

I’m not sure how I feel about Kate and Bruce being cousins. I don’t remember this before, but it seems a little cheap. Especially when Batman’s known her identity for a while. I do like Andreyko setting up them with a similar mindset on criminals and vengeance.

I wish this book didn’t have four artists. Sure, people get behind in their work, but you’d think having a continuous flow would be better. Especially with the to-do about the firing of the old creative team. You only get one first impression, DC heads. I suppose I should be happy we still have respectful artists drawing Batwoman.

Having Kate meet Maggie that early was a little cheeky. But cute. I feel like Andreyko is a bit of an true love type of writer and will bring less relationship pain than others. At least from my previous experiences with reading his books.

Enjoy the rest of Williams and Haden’s run, buy Batwoman Vol. 4: This Blood is Thick