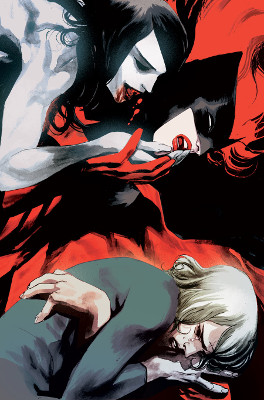 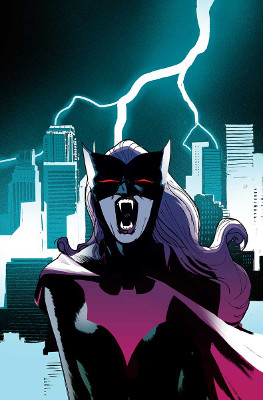 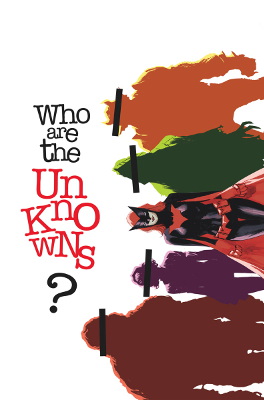 And then we have a comic book where the main character, the otherwise great Kate Kane as Batwoman, is raped. Yeah, she wakes up in a drugged out state (from Noctura’s powers) and finds herself covered in blood and vague memories of having sex. Sex in a drugged state is rape. Geez, DC, thanks for that. Just want this book needed. You know, Batwoman’s story just isn’t dark enough, and marriage is so icky compared to a rape plotline. How about we create a rule against rape? Oh, wait, that would be too radical. Marriage is after all super terrible! Let’s instead support rape culture.

My very important second question for DC is why isn’t Pia Guerra drawing this book instead of just coloring it? It feels like they’re wasting a very talented artist, who excels at drawing women.

I’m glad there was semi-real motivation behind Kate breaking up with Maggie. Andreyko actually took the time to draw the parallels of what kind of relationship Kate would want with her own mother, if she was still alive.

Moritat’s art was much improved from the last issue. My vote is to keep him drawing all the fight scenes instead of the ones with Kate out of costume. His skills seem to lend themselves to costumes, masks, and fighting.

I really want that purple dress with a cape that Huan drew Kate wearing while breaking up with Maggie. I do think Kate was kind of chickenshit to pack all her stuff and then try to leave before Maggie got home. I mean, seriously, they were engaged, and they were in an otherwise healthy relationship. If you don’t count Kate not keeping secrets by keeping secrets about her secret pact with Maggie’s ex.

The therapist remains a suspicious character to me. Maybe it’s my biases toward Gotham therapists. They always turn out to be evil. Also he seems to be very hands-on with giving direct advice about what Kate should do in her life.

This book felt light all over. I suppose Andreyko was asked to write a story that would never come to be. Or a possible future that wasn’t going to be the actual end. (I do have to say when these books were announced, I wondered if DC wasn’t just going to scrap this now not-so-new New 52.)

The story lacked a lot of heart that Andreyko usually puts into his stories. I had a hard time going from A to Z. It didn’t help that Batwoman killed a bunch of “teammates” that we’d never met, and that Alice and Maggie were the only ones who there was any previous connection to.

For the art, while I enjoyed Alice’s look, especially her hair, it also felt light. And rushed. There was a lot of lack of backgrounds and other details, and it was clear Masters was given a “be like J.H. Williams III” direction and then a too short timeframe to produce the work in.

I wanted more emotion to dig into than either parts of the story gave. Though I’d certainly enjoy seeing Alice fight side-by-side with her sister in the future.

Batwoman is so awkward in space. She’s not a character who should be up there. Sure, Kate says that in her narrative, but putting a lampshade on it doesn’t actually make it okay to put Kate in space.

Then there are a bunch of characters that I don’t care about. Except Alice. Who’s knocked out for most of the issue.

The other thing was the art. First, I don’t know why there were so many inkers on this issue. That was weird. Jeanty seems to be more your “typical” comic book artist than in the Batwoman tradition. I mean, I knew one of these days some creative director was going to get the book back to DC/Jim Lee style, but I’d hoped for further in the future. The art combined with the space story (usually I love space a lot!) and the new team without explanation and building made the whole book a mess.