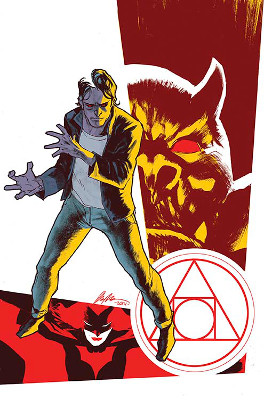 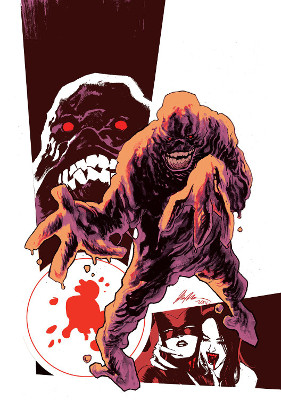 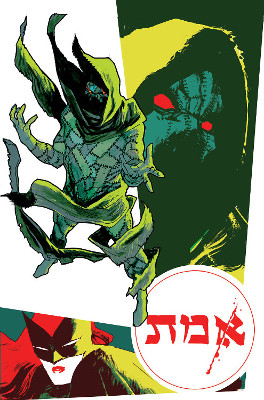 I’m not a fan of stories where women’s powers / lives have changed and then they don’t remember or realize they’re being transformed. Maybe I just watched too many soap operas as a young child or maybe I’ve read Ms. Marvel from the 1970s and today’s 2015.

Even though Kate’s been a lesbian since she was introduced and had several girlfriends, the entire story Nocturna being a vampire and leading Kate to become a vampire is a tired lesbian trope. TV tropes says:

This can result in Unfortunate Implications, specifically the idea that lesbianism or bisexuality is the result of a corruptive and malign influence, representative of moral decay. And if a female victim is transformed by a female vampire, it carries the implication that lesbian women are predatory and waiting to ensnare and ‘convert’ hapless heterosexual women.

Noctura has only been displayed as a predator. She’s very much a black-and-white villain since she’s been introduced, and she’s been a master manipulator. I don’t see Noctura having a redemptive plotline ever. She literally pushes Kate around when they’re out on the town. In Noctura’s grasp, Kate has none of her own free will.

Additionally, there’s continuing sex that Kate doesn’t remember. Given Noctura’s pattern of behavior, Kate was manipulated into the sex, making it rape. Yep, we needed to break up Maggie and Kate because marriage is terrible, definitely not as terrible as the new “love” interest being a vampire who rapes and manipulates.

I’m hard pressed to understand Andreyko’s motivation to writing this plot. He doesn’t write for the tantalization of straight men — which would be sadly more typical for this type of story — and I tried to have a lot of trust for this book.

But this may mean I need to break up with Batwoman.

This book just keeps going from bad to worse, and it looks like there are maybe three issue left with its cancellation already announced. (Though some people are hopeful that a new Batwoman book will rise out of its ashes.)

This issue was pretty much plain boring. I mean, there’s only so many issues that we can get tiny teases that Alice is back, and why didn’t Jake come with her? Why didn’t anyone call Kate to inform her?

Instead, we get the setup for the last couple time jump issues and more of Nocturna’s mind control. Kate goes after Alexandra, who wants to kill her former stepmother. But then hero alert makes her launch into action against Etrigan. Who’s actually fighting with Jason, the boy whose body/mind he typically inhabits. I really dislike rhyming characters. Glad Kate does too.

Of course, it’s Etrigan who notices that Nocturna controls Kate and allows for some mental release. And it’s him who senses that Kate’s slowly turning into a vampire too. Nope, Kate can’t save herself.

And then Clayface is used to resurrect Morgan Le Fey, who we already knew was coming and would be resurrected.

I see London, I see France, I see Morgan Le Fey’s tits. Also, she looks rather like female Loki from the Marvelverse.

This story just really doesn’t have any heart. I think that’s what is killing this for me. It’s so antiseptic, so combed over. Okay, Andreyko was made to write a new plot for Batwoman, but why this? How did this come about?

Noctura remains gross. In all the grossness.

Ragman and Clayface as roomies is slightly amusing. (Ragman also pings my gaydar like whoa.) At least if Morgan Le Fey’s going to be all nudes, we get Ragman in his boxer briefs. Still not quite the same — as he’s not posing in them while in battle — but at least Ryp can draw us both.

And still tiptoeing, dancing over Alice and her return.