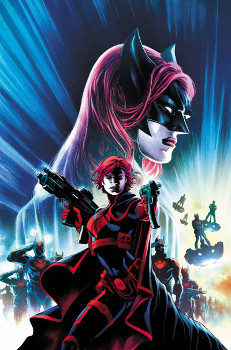 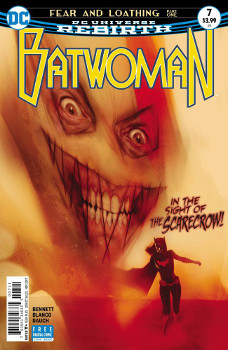 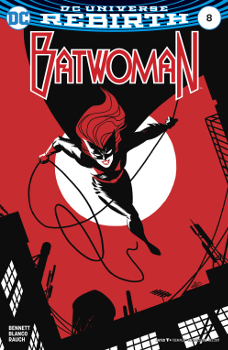 Batwoman #6 was a backdoor pilot for Detective Comics trying to play on my ? of Renee/Kate.

I also didn’t enjoy Arlem’s art. Except that he nails what Kate’s and Renee’s faces would look like as older women. If Detective Comics was just Kate and Renee move to Florida next door to the Golden Girls maybe I’d read that.

I’m not sure why the Scarecrow looks like an octopus, except that I assume we’re seeing through Kate’s eyes and that she’s poisoned.

The story about how Safiyah had to kill all the foxes on the island due to them getting terrible infections because the thorns cut them up made me sad. So sad. (Also, I assume Safiyah had the foxes long before Kate came to the island. Why did this happen then? How did nobody notice? Especially since we see the foxes curled up with Kate in other issues? I just don’t like this.)

I liked the bit with Beth. But I question how real it is. I think we’re supposed to be in the timeline where Jake takes Beth “somewhere safe” for her to get rehabilitated into the world. (This was later proved wrong that Beth is still Alice and a villain at large.) I like how even though they are supposed to be identical twins, Kate is still paler than Beth.

Blanco did a great job at showing just how torn up Kate would be by the sand and sun exposure.

I’m just not a fan of Scarecrow. And I’m not a fan of loose, fast writing and composition because Kate’s on drugs so none of it is supposed to make any goddamn sense anyway.

I also am already not a fan of the story about killing foxes. Though I don’t understand why they didn’t try to capture and quarantine the healthy foxes. Also, called it that roses wouldn’t do that kind of damage on their own.

So I didn’t read the Batman comics and I know very little of what’s going on with Jake and these commando fellas. This could also be part of my lack of investment in this issues and this run.

(Spoiler: I already stopped this on my pull list at the end of the volume two trade. I hate an incomplete story.)