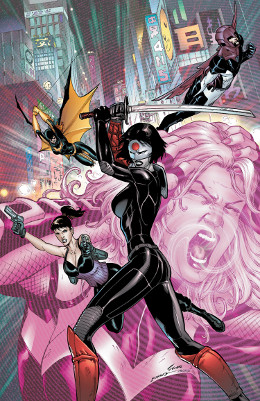 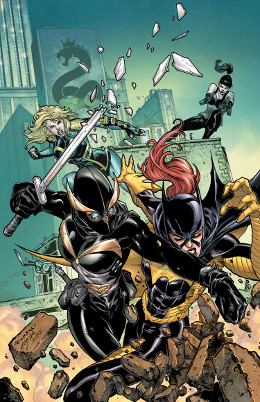 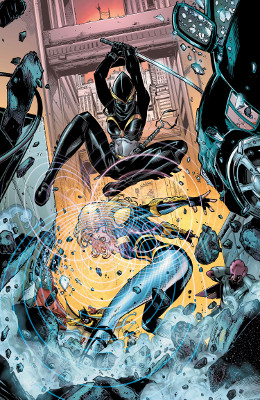 So I’m guessing that Condor is also going to be a new team member with the Owl lady? (Who’s name I’m currently blanking on. Yes, I know that was a big part of the last arch. Or Batgirl or some other title that I read.)

Yeah, this end of Katana’s time with BoP lacked some luster. Bombs always beat ninjas. It’s like rock-paper-scissors of fighting.

I feel like we should’ve had Dinah breaking down sooner than 15 issues into this. Needs more flashbacks and info. I can’t even figure out if Babs or Ev is supposed to be her best friend.

Yep, called the whole thing with Strix and Condor joining the team. Pretty much figured that out.

Dinah’s powers freaking out rubs me the wrong way. Perhaps because she’s supposed to be team leader. Perhaps because Dinah and Bab’s friendship was the foundation of the Birds of Prey and they pretty much tell eachother everything. Including the hard and bad stuff. Dinah should’ve told either Ev or Babs what was going on.

Blerg. I feel like there’s some unnecessary tension being created for sloppy writing.

I’m glad that they put Molenaar on pencils here. He does the BoP justice, and they finally have someone who can tell their story.

That said this issue felt as if Swierczynski doesn’t know where this story’s going and is delaying it as long as possible. Or the heart-seeking bombs just feel too obvious, too literally for the story. I don’t expect to know everything, but I do except confidence from the writer, which I’m not reading here.

Hang out with the Birds, and buy Birds of Prey Vol. 3: A Clash of Daggers