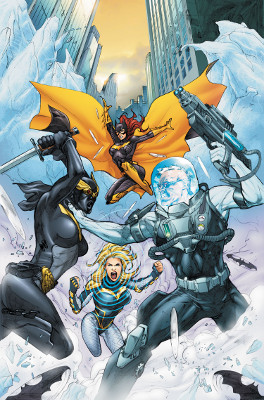 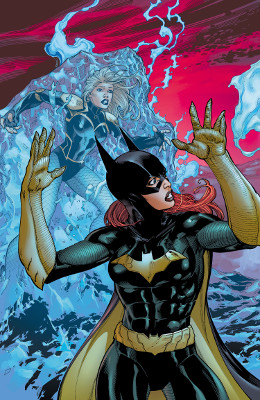 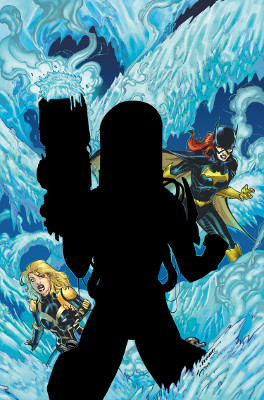 One issue with a new writer, and we’re already seeing more Babs and Dinah friendship love than the whole other 17 issues. I can do with more of this.

I’m hoping that Marx will pick of the dangling pieces and make some sense out of them. There are still so many BoP mysteries in this new reboot — issues that started in issue #1 — that we haven’t even scratched the surface on. The most important one being what’s actually going on with Dinah and her scream.

On the other hand, I could care less about Mr. Freeze and whatever vengeance he’s seeking on the Court of Owls. Talon seems to be drawn a lot like Oliver Queen. And bored that he’d going after Strix.

Mr. Freeze may have gotten more than he bargained for by kidnapping Ev as leverage.

Not feeling the love for Starling turning evil and helping Mr. Freeze. It’s great when there’s no foreshadowing and no motivation. Especially when we’ve seen earlier that Starling’s being played or controlled by someone else, and while that threat has passed, I don’t see her as someone who we would never see her hand.

I’m still not seeing the motivation for Condor joining the team. I’m hoping that Marx will work hard to plug in all the backstory holes.

And Mr. Freeze is not exactly scary in this story.

Perhaps I just really hate Ev betraying them all for Mr. Freeze. Seriously, I want the sisterhood happening. I want the kind of BoP plots where they don’t quite trust each other, but in the end, everyone is actually good. I want Black Canary to have full control of her powers.

I’m not convinced that Condor isn’t Kurt. And it seems like he and Dinah are destined to hook up.

Since apparently, this is supposed to be going on at the same time as the current Batgirl, I assume Babs will be flying the coop her soon. Strix, Condor, and Dinah seem to be a few short of a real team.