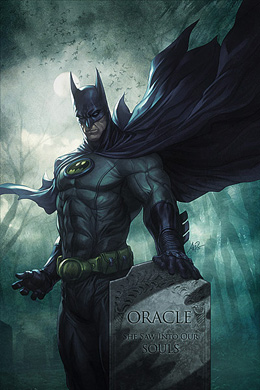 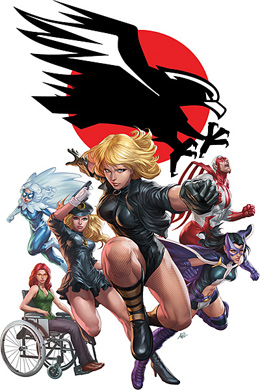 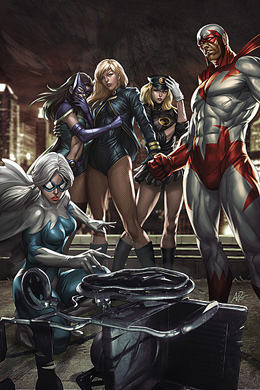 Birds of Prey #7 by Gail Simone

While I really enjoyed this, the story felt like a two-parter. Yes, the arc is four issues, but this issue didn’t feel like a complete story at all. Especially when it comes to Barbara’s story. Okay, she’s killing Oracle, but I suppose that I felt she would “die” in this issue. Especially when the cover has Batman and a headstone for Oracle.

In fact, I got sick in the middle of reading this, and for some reason, thought I didn’t finish it. Until I looked at the book itself and realized I had.

This is the first comic I’ve read with Bruce back as Batman. And I really miss Dick as Batman. (I know, they’re sharing the role. Whatever.) Of course, I love Creote even more when he asks Batman to hand over his weapons. Hilarious. <3s.

Though I am greatly looking forward to seeing the Birds finally take down Calculator, once and for all. Mortis seems pretty entertaining so far. I'm interested to see what Simone will do with her. And of course, I loved Dove, Huntress, Zinda, and Dinah partying it up with the strippers (ladies night, ftw) and to see to the other side of Hank.

Birds of Prey #8 by Gail Simone

The high points of this issue were definitely Simone’s dialog. Her witty characters stand out. As does the scene with the Penguin trying to teach his hostesses how to be properly ladies by giving his version, and then to have Hank step in because you know it’s going to be bad. (And make Hank feel bad for being disconnected from Oracle’s network when Dawn is in trouble.)

I found it nice that Dawn stepped up by saying she was Oracle. It fit well in that she’s a newer team member that we, the readers, still need to get to know.

My minor problem with this comic book was March’s art. It felt rushed, and I don’t think having the majority of the book being a fight scene helped that feeling go away. He does a good job with the characters, but when it comes to the details in the background, they just weren’t there. The Birds could’ve been fighting at any club. They could’ve been anywhere. I think one thing that’s unique about Gotham is that city is as much a character as the heroes, villains, and people who live there. Though I will give him credit for being the best artist on this title since it relaunched.

Birds of Prey #9 by Gail Simone

To start off with, I enjoyed Miranda’s art, and I hope this new trend of better and less t&a artists on Birds of Prey continues. I particularly applaud Miranda in making the different women characters look different. Especially in the scene where Black Canary sees her mother. They are both in the same outfit and are related to each other, but I can tell that they’re unique people beyond just their hair styles. (But yeah, her mom is so right, Dinah does need better hair.)

Of course, Mortis putting the whammy on Dinah was a bad decision. We fans know how tough she is and already how much she’s worked through being haunted by her past. (Was Lian Harper really stripped down to just a shirt as she was killed? If so, just another reason not to read A Cry for Justice.)

Simone’s Batman is such the Goddamn Batman. I don’t think I’d ever want to read a Batman-centric title by her, but Batman’s cameos are pretty funny. Yes, Batman, we all know you’ve been to hell. And Hawk punching Batman was awesome. (You can’t tell me that Babs didn’t let that happen.)

I’m not thrilled that Current threatened the Birds with sexual assault. I mean, I get their villains, but Zinda doesn’t need that much of an excuse to get pissed off. Though it is true, you never hit a Blackhawk.

I enjoyed the others being amazed at Dove’s powers. I thought it was a good view of how much they don’t know about Hawk and Dove, and also how Dove (and Hawk) are used to fighting together, not on a team.

Obviously, I don’t believe for two seconds that the Calculator and his goons actually killed Oracle.