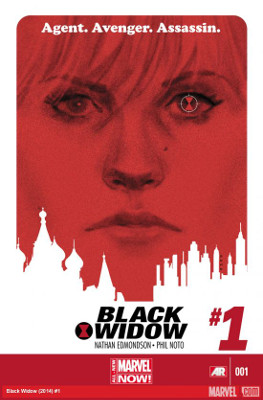 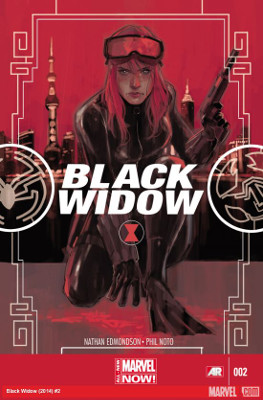 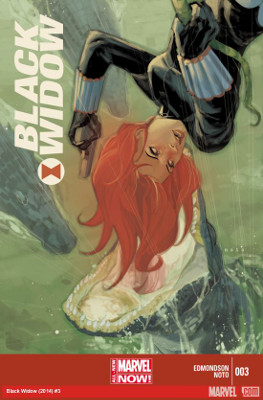 So my only issue with this comic book is that we’ve been down this path with Natasha. Most all her books are about her past, who she was and how she came to be Avenger. How she used to be a criminal and a spy.

However, I do think it’s smart positioning to put this book as one people who’ve just watch the Avengers movie can pick up without worry. I do think that audience will be interested in Natasha’s backstory.

I like her lawyer and finance guy Ian. But he is right that she needs to make a little money off what she’s doing.

I didn’t expect her to kill the assassin in her second mission. Smart setup, Edmondson. I did think that she was going to be the assassin.

As predicted, I like Liho’s addition to the cast. It’s always the best.

Noto’s art is what really shines here. I love his take on Natasha’s world and the movement he gives to her. It’s just beautiful.

Unfortunately, Edmondson’s story isn’t quite pulling me in. I’m glad that the Iron Scorpion’s story is about revenge for his brother that Natasha killed, not something related to her KGB past. (If she even still has that type of past given that they’re updating all these characters and she’d have to be pretty old, but since when do Marvel characters age.) At least that’s a slightly different angle.

I’m glad to see that Ian can take care of himself. But sad to see that Natasha has made the decision not to let people in. And cats!

I’m just really not enjoying Edmondson’s take on Black Widow. It’s too much regret. It’s too much angst. It’s too much waffling. It’s like he hasn’t decided what kind of view he’s going to take on Natasha’s motivations and goals. I feel like we’re switching from all this espionage gone wrong to the Avengers because it’s an easier story to tell.

I don’t buy Natasha not realizing she was dealing with a war criminal until the very end. She’s usually smarter about it, and usually does a better background check on things. I mean, when someone can pay that much money, you do background digging into the why. Seems obvious.

Not sure I dug the home theme. Or Natasha interfering with the DV situation because that’s not how you do it. Her actions will probably only get the woman beat on more. Let’s do a little research.

Get to know Natasha and buy Black Widow Volume 1: The Finely Woven Thread