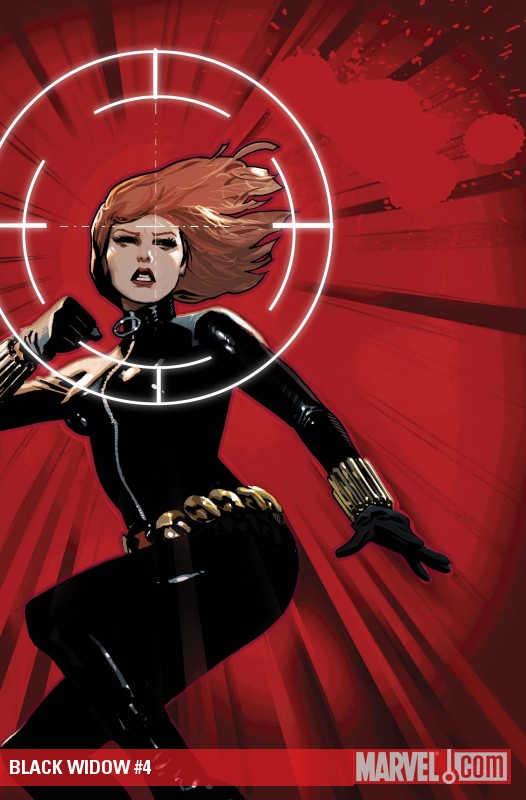 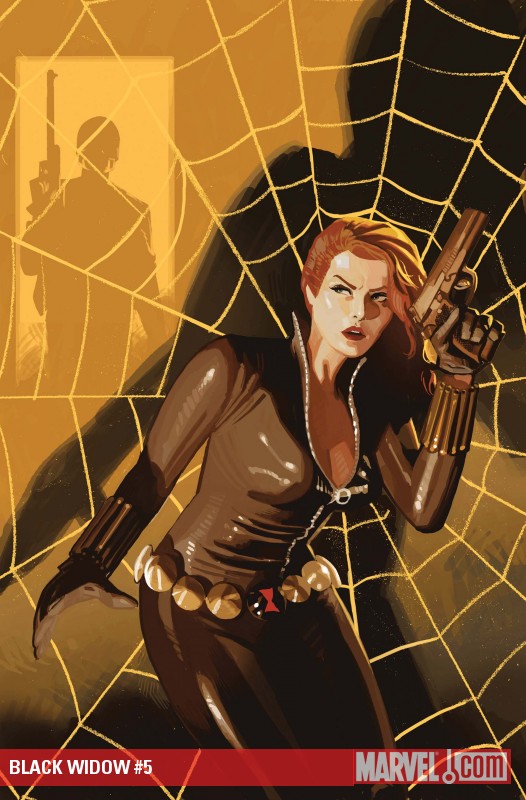 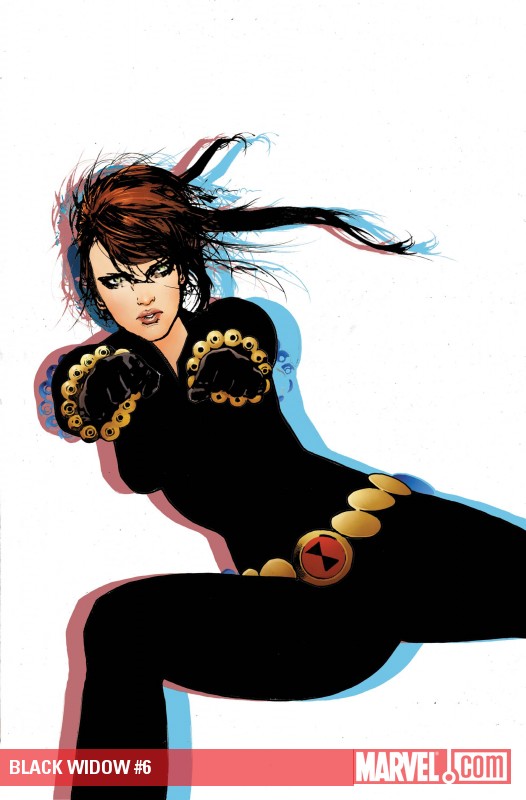 I really loved this issue a lot. I thought Acuna’s art really shined through. I love his retro style.

Particularly, I enjoy the body-language which comes across in every character. From the concealed spy nature when Lady Bullseye and Natasha face off to the familiar affection between Bucky and Natasha. Bucky and Natasha looked like two glitzy retro movie actors in love. Acuna really brings this tale to life.

The piecing together of Natasha’s history has also been interesting. There were a few times when I was lost and felt like I was missing a piece. While I wouldn’t say Natasha is an unreliable narrator, she’s still a bit of a puzzle.

The flashbacks of Natasha’s team being hit and her relationship with Nikolai was perfect for giving context of the ghosts Natasha’s hunting. As does her visit with the family who knew her when she was young.

What I didn’t buy was Bucky selling her out. Unless, of course, he did it under her orders. Which I’m not ruling out.

I wasn’t familiar with Imus Champion before this comic. Though I think Liu does a swell job at fleshing him out for those of us who didn’t recognize him. We learn a bit about his ambitions and passions. Mostly that he wants to be the Man and live forever. Also he’s dying so he needs to get on with the forever part right away.

I love how Black Widow escapes her interrogation chair. Acuna does a pretty good job at drawing a naked Natasha without making it vulgar or suggestive, but hiding her nudity as this is a T+ comic. And I’m okay with both Bucky and Logan being in the background doing little things to help her out. Plus, Natasha calling Logan out on not warning her when she needed it felt true to her characterization.

While the fight with Imus was very bloody and intense, I appreciated that Liu made it more of a battle of wits than just a smash-and-bash. There’s a reason both Natasha and Imus want to continue to live. And the underlying jealousy that Imus has toward Natasha’s seeming immortality.

In the end, Natasha takes down Imus and destroys his machines. But she doesn’t kill him. She leaves the cancer to that.

I thought Liu did a wonderful job at wrapping up the comic. From digging up Lady Bullseye to her phone call with James to checking in on the Black Rose, Anya, and her family. Natasha’s inner monologue was perfectly executed and enhanced the ending.

It’s hard switching creative teams when the team before did such a smashing job. Hard acts to follow and all.

I don’t think I have a feeling for the style of this book under Swierczynski and Garcia. I don’t know what tone to expect from it. I have no sense of atmosphere. I’m also not sure why there’s another plot so quickly about using Natasha’s past as a spy against her.

The writing seemed loose. The script was there, and there was nothing particularly bad or particularly good about it. I read it, but it didn’t really stick with me. Nothing stood out for me and gave me the ability to say, “I see your direction.”

The art felt similarly loose. It could’ve been that the coloring really didn’t match up very well with the pencils or just the high contrast going from Acuna’s style to Garcia’s. I also felt like hips, boobs, and heads were jutting out in ways they just shouldn’t have. Again, I couldn’t pick up the tone and the art seemed to draw influences from just about anywhere.

Read about this super spy and support this blog, buy Black Widow: The Name of the Rose by Marjorie Liu.