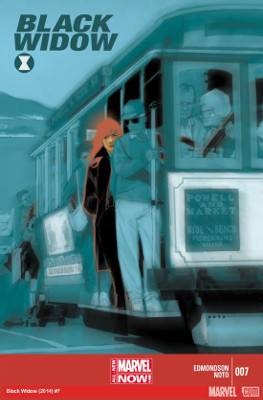 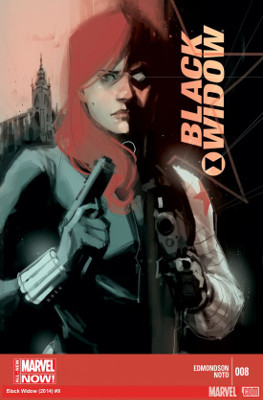 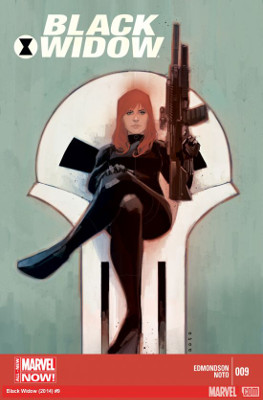 The metaphor about Natasha needing to have friends is going a bit too far. It’s not quite there yet, but it’s pushing it. Especially since Natasha herself doesn’t seem in need of backup or isn’t there pondering it herself. While sure Isaiah and Matt both care about her, however, to have two men thinking about her safety while she’s out there by herself is very condensing, infantilizing, and culturally sexist. She’s the Black Widow for fuck’s sake.

I do wonder if Natasha knew about the dead body in her shower. Somehow I think that might come back to haunt her.

On his own, Daredevil comes off as a jilted boyfriend, who’s still moping around and looking to date Natasha, on the ultimatum that she go back to who she was (who he thought she was) or figure out how to be good again. Because Daredevil’s always on the straight and narrow… I am at least a bit relieved that they aren’t playing Isaiah as a love interest. Though I have a feeling there’s more to his sister than meets the eye.

If Natasha must have someone in her life, I’d rather her have a good female friend. Someone who she can share missions with and trust. Maria’s obviously too busy. (Even though other more popular male characters can be in 12 books at the same time.) But there are tons of women in the Marvel U who aren’t busy.

What I did like about this book a lot was the art. Noto does a wonderful job giving characterization to each city. I also loved the standouts of Natasha’s heartbeat when she was around Matt. (Even if I didn’t like what was coming out of Matt’s mouth.)

I also really enjoyed the pacing. This was something I saw criticism of, but stillness and action translated well to a book about a spy, about someone who’s creeping around until she’s pulled into the fight. I also thought it well-represented what it feels like when you travel for business, just a bit unglamorous.

So I guess I missed the whole thing where Natasha’s mind was messed with and she lost a lot of her memories… THIS MAKES THIS WHOLE COMIC BOOK SO MUCH MORE UNDERSTANDABLE. Thanks, like 5 zillion titles and tie-ins.

It’s much easier to relate to a character who’s having an identity crisis when there’s an identity mismatch to be had. It does make me sad that Natasha lost her memories of her relationship with Bucky because they are the best together. (Also, I thought Bucky was dead…again. Whatever, comic books.)

Noto’s art really made this issue jump out. I loved Natasha in her winter whites, such contrast against everything. Her and Bucky also lamenting about how they love the crispy and so very cold Russian winter darkness just won my heart a little.

I was glad that Natasha gave Bucky shit about insisting on taking on the gang himself. Otherwise, it just would’ve been a dude saving a lady.

Unsurprising that Isaiah found himself in over his head. This is why you always call a car.

I really wanted to like this book, but it’s just left me cold. I know if it’s because Edmondson sees Natasha as a cold character. She is a spy, a killer, and someone who’s not super in tune with her emotions. But there’s nothing that’s connecting me to her story. I don’t even care about Isaiah, who’s clearly supposed to be the audience along for the ride here.

Noto’s art continues to be the best thing about this book. But sadly, this issue also didn’t really show that off. Everything seemed very by-the-book comic. And maybe that’s what it is: the story is also a paint-by-numbers spy tale.

I just don’t care enough to keep this title on my pull list.