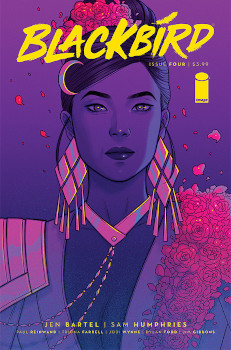 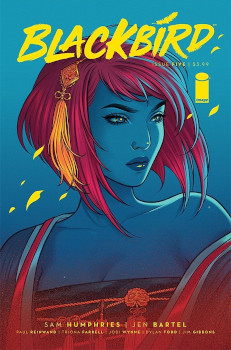 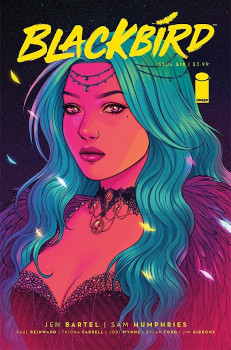 Of course, Nina’s mom doesn’t hug her back. There’s something going on that we don’t know about since everyone is trying their hardest to keep Nina in the dark about magic. Though perhaps it was some choice she made. Marisa seems to be making a different choice.

I appreciate how the comic has changed to put Nina on a full path of self-discovery, instead of just trying to find Marisa. Marisa is as safe as anyone is within this world.

And just dropping this Romeo-Juliet thing with Clint was a pretty bold writing move. I do hope it pays off, but at least it’s paying off in this book’s trajectory. I wasn’t sure the story was ready to make those moves.

I do want to know from Detective Freddie Alexis while all these powerful, magical people fake their deaths. The easy answer is that it’s something to do with how they must embrace their powers and leave behind the human world. Though also very interesting that Freddie has been able to track them and figure out the difference between the cabals. It was useful insights for readers as well.

Sharpie is pretty much continuing to be the best. He won’t be leaving Nina’s side.

Nina busting into the gem storage was pretty great. Especially after hearing the comments from the young women guarding it. There’s something stinky about gem production.

She may not have wanted to see her, but it was nice to have some confirmation in person for Nina that Marisa was still alive. I was a bit annoyed with Nina this issue. Mostly because Humphries does write her as a young adult who’s stubborn, who wants her way, doesn’t have all the facts, and is getting played due to these weaknesses.

The goliath cats attacking Marisa was pretty freaking great, especially when the whole situation escalated in a way that Nina didn’t intend.

Clint’s intentions may seem good. Or at least pure enough that they removed the lie spell from Sharpie. However, I don’t trust his father. There’s more to the story.

I’m glad Sharpie can now speak the truth since Nina is going to need her very powerful cat to help her wield this magic.

Okay, if Nina did die that night, I don’t understand why she cannot be a paragon. Because she was resurrected? But why would she still have access to magical powers? I suppose I will have to wait to find out. I hope this book’s world-building remains somewhat logical or at least follows the rules it seems to be laying out.

I still don’t understand how the cops know about the paragons. At least, know about them in a way where it’s not just that one guy Mulder who believes or Kate from Angel.

I feel like the next six issues will be about the consequences of Nina’s decision to embrace all of her magical powers. She has to die again, right? Or half die? The paragons have kept her too much in the dark.

Gloria certainly has some layers we don’t know about from everything that’s happened to her since she died. The truth spell seemed like she had some extra complex relationships with her parents, and that Marisa is not the favorite child. I suppose there’s probably a more profound reason than Marisa not being her favorite. Nina already has “the chosen one” vibes.

I very much dug Nina’s outfit in her witchy transition. It was gorgeous. Bartel would make a killing selling clothing based on this series.

While Clint knows that his daddy wants to manipulate Nina to take power from Gloria, I also think many of his gestures toward Nina are true. There seems to be sincerity in his actions that doesn’t come off the other adults.

I really want us to meet those grandparents.