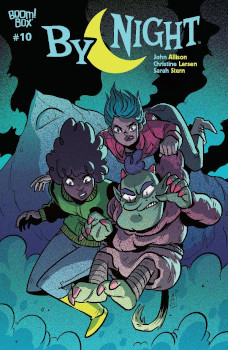 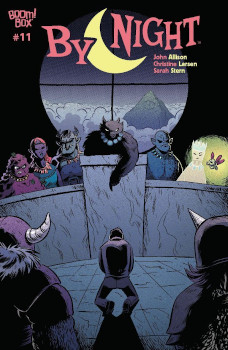 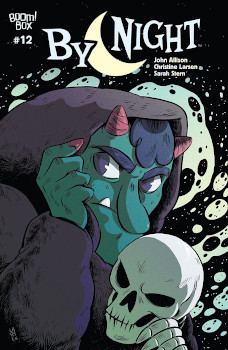 I like that they sidelined Barney. There’s no way they were taking him where they might need to trust him again. I loved Jane calling Barney “upsettingly basic.”

Chip goes on a mission to distract Joan. While he believes he’s going to seduce her, instead, she offers him a job running the future of Charlesco if he gives Gramercy the Eidolon. From my point of view, the only problem with giving it to Gramercy would be that Jane and Heather are in the OtherWorld and need to come back. (This also means that Joan is not as evil as Chip maybe thought initially.)

Jane’s reactions to the spiders were too good. The windproof coats came from a spider’s butt! Heather admiring the Crystal Lady was pretty fun too. I wish this book had been more about their adventures in the OtherWorld.

Chet thinking that Jane was Brenda was predictable. Of course, it probably means he’ll trust them a bit more than he would otherwise.

Did Gardt consider himself and Clay the same person when doing the count?

Umm…okay, I’m not sure I buy a lot of this. Mainly, I don’t by Chet telling them everything terrible he did on camera and then being okay with coming back to their world. He wasn’t trapped there forever; he had his own Eidolon and came back all the time. This all doesn’t track for me.

I found Chet’s story about why he went evil to be a yawn. Like did he have to try to make life in OtherWorld bad for everyone?

Though what does track is Chet and Gramercy wanting to destroy the OtherWorld completely. Even if we only have one single issue left to wrap up this entire plot.

I hope Heather and Jane get their movie. But really, no one thought of this!

Who was Barney talking on the phone to? It’s cute that he considers Heather and Jane to be his friends despite them hating him.

That was a gross moment when Clay came out of Gardt’s body to go kill Chet. Or maybe it was actually Gramercy who did it, just like he said. We won’t exactly ever know, but I agree with Jane and Heather about his grip strength.

This ending was meh. It all came together too easily. It folded down, and while Heather made it out of town, Gardt got his pop culture fix, Chip found a job, and Jane proved she’s creative, I’m not sure what to make of this story.

Also, where was Jane’s dad this whole time? And Barney actually had a Canadian girlfriend and she was the mystery caller? Why didn’t he run away to her house instead of the local drug dealer’s?

It’s not that I have unresolved questions, it’s more like, in the end, any of my intrigue just died away.