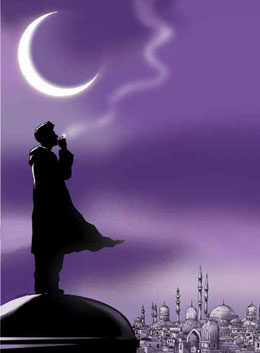 I continue to love the magical realist stories told by Wilson, especially in how her characters adapt to the world that doesn’t necessarily behave in the ways they think it should. She uses magical realism as a great tool to show the different qualities and personalities of the various characters and of her setting, Cairo.

Perker’s art is wonderful here. And I really appreciated the black and white art instead of it being colored. I felt that it allowed for more detail to pop in his work. As much as I enjoyed his pencils in Air, I almost like them better here. And I feel having the book in black and white makes me focus more on the characters’ different features than using short-cuts based on coloring like “so-and-so has brown hair.” Which that Perker can make them all look different enough from each other to be distinguishable speaks volumes of him as an illustrator.

Okay, onto Cairo‘s story… On one hand, I love what Wilson says about Cairo and the changing Arab world in the story; but the ending, it kind of kills it for me. Everything’s a bit to happy of an ending. Especially when Tova comes back to Cairo to be with Ashraf. It was a little too mushy, everything fell into place. (Don’t get me wrong, I’m not cold-hearted and was totally cheering for them to stay together.)

I really loved the idea of East that was embedded throughout the book, and how different all these characters saw the East and what they ended up learning from each other. I don’t think there was one character who’s view of the East was right or didn’t change.

As we found out that Shaheed was a terrorist sent to launch a suicide bomb, I have to say that I was a bit shocked. But looking at different parts of his story, it fit that he was so “normal” seeming and that he had to have such a shake — specifically Shams being shoved in his life — for his beliefs to be moved. I also liked that he was American, as it added a further layer to his story and told a different one from Kate’s. While also telling of an outsider who thinks he understands the Arab world.

I loved Jibreel’s and Kate’s arguments as they were in the Under Nile and under the influence of Iblis (the Devil). I thought perhaps the devil’s influence was a little over-done. (Maybe I just did too much Lutheran middle school that tried to scare me with the devil as a kid.) However, Jibreel’s and Kate’s argument spoke to a lot of issues that come up between ideas Arabs and Americans have about each other and their culture’s politics. I bet Wilson drew a lot on her own life for this.

Nar as an overarching crime lord who could also do magic was also overdone. He felt rather like a flat-note and far too black hat. Wilson’s story had enough other layers in it that it didn’t need him to be fleshed out, but when the heroes all went to rescue Shams and take Nar and his goons down, it felt kind of silly. And while Ashraf certainly has his moments of not being very bright, he seemed to have too much of a low rank in the crime organization to have any face-to-face dealings with Nar or opportunities to rip him off.

Overall, I really enjoyed Cairo. It’s a wonderful story full of magical realism that tells a lot about a city through its people.