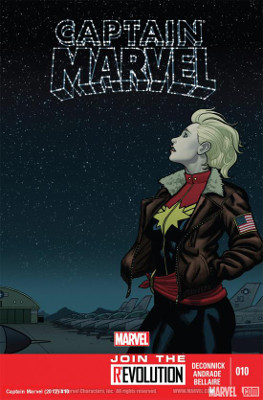 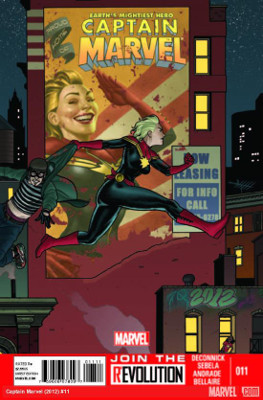 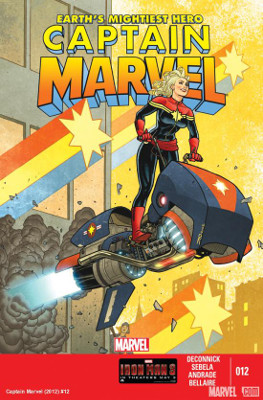 So I pretty much love this book a lot. Carol’s the best. But perhaps not as entertaining as Chewie, and I loved Carol saying that she’d make Chewie kill Frank.

Of course, Carol’s going to save everyone, and of course, Kit is going to love her. Which, by the way, who else wants Kit’s Captain Marvel sweatshirt. Do they make it in my size?

Wendy’s really sweet in trying to get Carol a flying motorcycle. Though I think I have a bit of a different take on Steve and Carol’s friendship. Even if Steve was trying to play a bit of tough love.

Deathbird is still so from the 1970s. I love Carol making her think that she can’t fly (instead of not flying due to medical issues). But then the lesion starts causing real problems. Maybe Carol should’ve listened to her doctor after all.

The clone of Deathbird is pretty funny. I wonder if the ’70s dialog is due to bad cloning DNA or some kind of obsessive training. It was super creepy to see Kit in the Deathbird outfit.

Dakota is the best. I love her. And I really love that DeConnick brought her into this comic book. Her hardass investigator attitude works so well to make this story more kickass. I especially enjoy that Carol can’t drive her flying motorbike very well. And that’s what Dakota’s scared of.

Tracy dealing out reality to Carol works so well. I love how she has to knock sense into Carol, and that really, she’s the only one who can.

My guess is that whomever Mar-Vell was fighting in the past is the person who’s after Carol. And who already successfully killed Helen. There are others in Carol’s past that I’d pull out as possibilities, but not with the Helen-connection.

Interesting that this all ties back into the time travel. Everything is a bit way too personal.

Love Wendy telling Tony that he can’t have Carol’s password. And her getting some kind of jetpack and hanging with Jessica.

Though I did feel that the fight with Deathbird felt like a lot of filler. It went on for a lot longer than it probably should’ve. And even though the two doctors got to compare their stories and further diagnose Carol, it was definitely longer than necessary.

Jump into Carol’s life, and buy Captain Marvel Vol. 2: Down