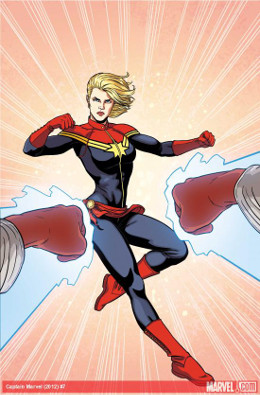 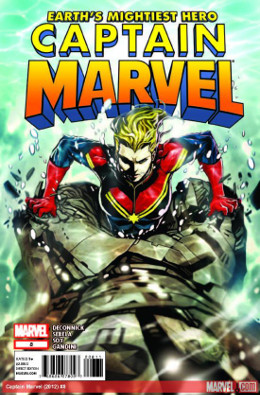 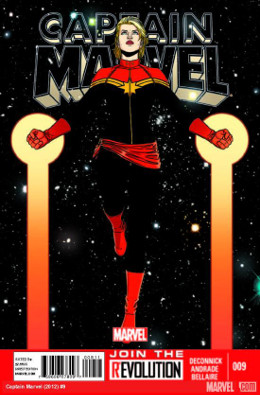 The addition of Monica is great too. I hope fans, who were upset, are happy by the inclusion of her in this book. I think it’s funny that Carol didn’t ask Monica, that Monica gets upset, and then that they both call each other out on having a zillion code names.

I loved the Gansbaai reference and the great white sharks. Probably because I was recently in Gansbaai diving with the sharks. Which was amazing, and I highly recommend everyone to do it too.

Soy’s art works brilliantly for water. There’s just something that works even more than anything earlier we’ve seen in this book.

DeConnick loves to reference all of Carol’s past and bringing it fully around. This time we’re hanging with Frank Gianelli, and I like it that Carol’s going to have to save his life more than once. And that we’re getting classic Avengers‘ references with Monica’s fear of water.

This second issue was a much better Monica story than a Carol story. I did enjoy seeing Monica overcoming her giant fear of using her powers in the water. Water’s definitely a scary conductor of energy.

I do like seeing Carol work more in a team dynamic. Obviously, with her military training, she knows how to do it, but so often we see solo books having the character be more alone. So it’s nice to see her, while somewhat uneasy, collaboration with both Monica and Frank.

DeConnick and Sebela do a wonderful job at using Frank and his determination to help. I like that he speeds up in the jet ski to help out. And while he does, in a meaningful manner, he also puts himself in danger that he needs rescuing from. Take note, other authors, this is how you can have a man help out your leading female superhero without taking away her agency, her story, and ignoring that she’s smart, capable, and strong.

This may have been my favorite issue ever. Seriously, I’m a bit in love with these “normal day” stories, and Carol definitely deserves a break from her hustle-bustle of superheroing. Though it came with a bigger problem: that she can’t fly.

Chewie is the best cat ever. So glad that DeConnick chose to keep her in the story. Making Roberto a deputy Avenger so he’ll take Chewie to the vet is pretty silly and possibly an abuse of Avenger’s authority, but it was still cute.

Love seeing more of Jessica and Carol’s friendship. Plus, fighting dinosaurs always wins in my book. Completely cute that they have no clue what’s going to happen to the dinosaurs or where they came from. Just that Reed Richards and company are going to clean up the mess.

Wendy is pretty awesome. Carol definitely needs some help in her life, and of course, Tony would find someone similar to Pepper. For all his bad judgement calls, Tony does know how to pick out an assistant. Plus, Chewie likes her.

I’m glad that Carol has her family and friends — both new and old — surrounding her as she gets her diagnosis.