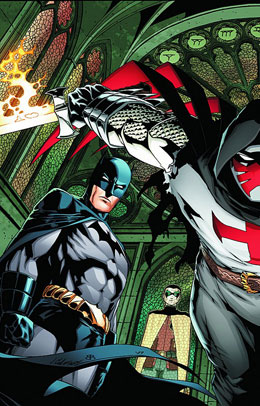 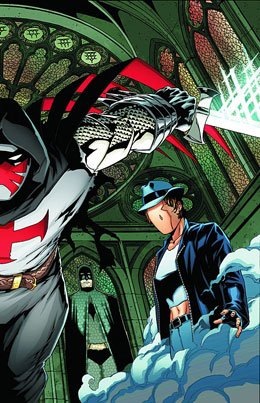 END_OF_DOCUMENT_TOKEN_TO_BE_REPLACED

I finally finished Crime Bible. I love the character of Renee Montoya, her ups and downs. She’s one of the best representations of a woman, a lesbian, a Hispanic, a superhero, and a person in DC comics. Her story was my favorite in 52 (Black Adam a close second) and from there I started reading her back story in Gotham Central, which is one of my all-time favorite comics.

END_OF_DOCUMENT_TOKEN_TO_BE_REPLACED

A little not about She-Hulk…

I’m super excited about The Dark Knight as Batman Begins quickly became one of my all-time favorite movies. I think Christian Bale is a great beginning Batman and that the movie really captured the feeling of Gotham. Of course, the casting of Heath Ledger as the Joker made me pause. Ledger was a very talented actor, but I can’t help but always see him as I first did, in his short-lived series Roar and in leather pants. *pauses for a nostalgic moment*

Moreover, I’ve felt that there’s a history between me being frightened by the Joker. And Jack Nicholson’s portrayal of the Joker in Batman as one of the first horrific performances I saw on film. I remember not wanting to re-watch the movie, not because I didn’t enjoy it, but because I was scared. Even when I read Arkham Asylum and the Joker’s storyline in Gotham Central, I still had that old Joker fear and intrigue. I really want to read Moore’s The Killing Joke before I see the movie as it’s what Ledger was given to read when studying for the part and it’s the only Joker story to give him some background. (I wonder if this makes him less scary or more…)

After I saw the pictures of Ledger in the makeup, I didn’t doubt the casting. There’s also a twisted perversity of taking an actor who’s beautiful and twisting him into something ugly and psychotic for film.

Of course, then tragically, Ledger died with a lot of speculating on how much of an imprint that being the Joker (a darker one than Nicholson’s) contributed to it.

The night after Ledger died, I had a horrific nightmare where the Joker had kidnapped me and was going to put a slice in my forehead and pull my eyeballs through it. He was showing me pictures of how he’d done it to Drew Barrymore before me. He stuck out his gloved hand to get me off the floor and told me it was my turn. He also kept saying something about sodomy. I started freaking out in my dream and woke up. I could not get back to sleep for hours.

I think there are probably scarier villains in the Bat-world (perhaps the Batman himself), but the Joker and I, we have history. We’ll see how long I’m going to sleep with the lights on after seeing The Dark Knight. It might be a long time given the leaked, hand-held recorded first 6 minutes.

I still can’t wait for the summer.