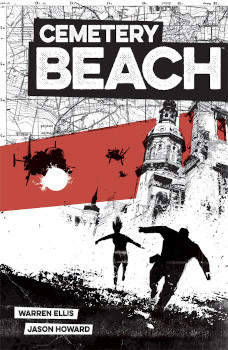 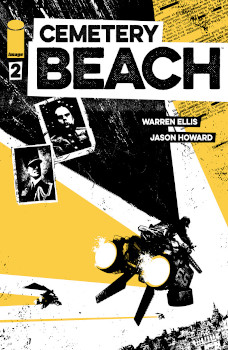 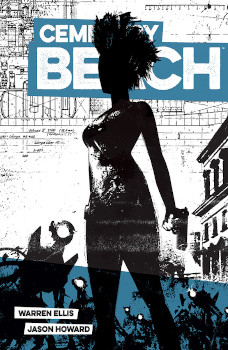 The comedy in this was just perfect. The jokes about cellphones and how they fit in your pocket and how men use them to send dick pictures was picture perfect. Very much Ellis.

Howard’s art isn’t always my favorite. It’s a bit too sketchy for me, but he does give us enough nuance in facial features. He does know how to draw action and movement across multiple panels, and he’s able to world-build. I cannot say that his crosshatch contemporaries can do the same, so I suppose if I’m going to read a book with this style, a Howard book it will be.

I’m interested in this world. This space colony which got away from Earth in the 1920s and never made it back. I’m also very curious to see how and why they decided that radio silence would be the best and when it became taboo and then against the law to try to contact Earth. I mean, besides the authoritarianism.

At first, I thought perhaps President Barrow was supposed to be a Trump or Boris Johnson caricature, but no, he already seems to have more brains than that. Of course, white man babies come in all flavors of power and stupidity.

Mike seems to be some kind of James Bond or supersoldier. Maybe even a Dudley Do-Right figure. Grace is punk rock and anger, and I’m not yet sure what I feel about her.

I’m not sure how much we’re learning here about this world. I mean, somethings like the weird biomasses that Grace eats in the tunnels, or the walled and the differences between the areas of the world. Not to mention Grace’s body was created to be used for parts for others.

Mike’s in over his head for sure. Will he get back? Maybe. But Grace may actual be the one who ends up back on Earth. (I am curious how this will end differently than Ellis’ Shipwreck did.)

Howard’s art isn’t the most straightforward in what’s happening. I mean, it fits the ugly nature of the world here.

The only part I rather enjoyed about this issue was Mike telling Grace about why he doesn’t have a family and Grace saying she’d rather stay living where she is. I wish there was more of Ellis contrasting the two worlds, and how from what we’ve seen of Mike’s experiences, of course, our world looks better. But when you dig below the surface, this may not be true. In fact, it may be the opposite.

I’m glad we got the explanation of how Barrow has been the leader the entire time. And yes, people who’d volunteer for a no-return mission would be a little mad.

I’m going to continue to read this since it’s a seven-issue run. However, it’s not really for me, and I’m dying for more characterization of anyone.