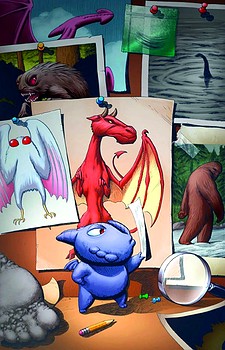 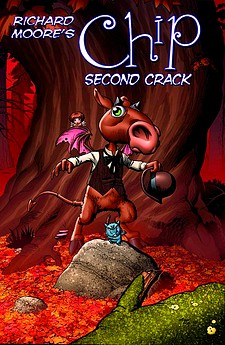 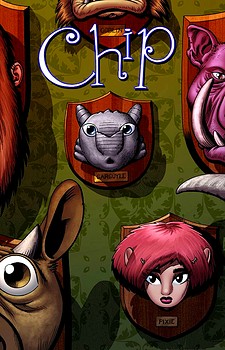 I’m thrilled that Moore wrote another Chip comic. Obviously, this is a world that hasn’t quite left his head yet.

I love how now that Chip faced the haunted house and the ghosts that he’s now the bravest of all the gargoyles and expert on monsters. It doesn’t surprise me that his ego’s inflated once again. Or perhaps forever as we saw in the flashback where he tried and gave up on building a tree-house as he couldn’t hammer the nails in. Of course, I did wonder how he got all those stairs nailed on the side of the tree to lead to the top.

The only thing I didn’t like was the addition of Mr. Burdick and the girl Holly. I’m sure what point the humans have in this tale or can add to it. It seemed to me that the gargoyles were supposed to be the kind that froze when humans looked at them. Even if Mr. Burdick was their sculpture.

The whole Jersey Devil joke was pretty cute and funny.

I did, however, miss Burble. Where is he? Shouldn’t he be following Chip? Or Chip and Ash tying Chip’s supplies to Burble to drag it into the woods?

I still do love Chip.

I love how they run into the Jersey Devil, and in true Chip fashion, he’s dressed more like the White Rabbit from Alice in Wonderland and seemingly just as scared of the world as Chip himself.

And, of course, how now both Chip and Ash have to save the Jersey Devil from being hunted.

Oh, wait, just when I thought Chip couldn’t get any cuter; it did. I’m just sad that there’s no Burble in this.

Chip, Ash, Faynor, and Rud end up protecting the Jersey Devil from a hunter, Reginald Sinclaire. Who really, when he comes across five supernatural beings, thinks this is the best day hunting ever.

The fairies try to glamor him into believing that there are big scary monsters all around him. But Reginald’s seen it all before. He waves them away, only to find Chip laughing as he’s eaten some mushrooms from the forest floor.

In the end, they’re saved by a cat, who’s can shape-shift and is the local witch. Though she’s not a witch. Don’t you be stereotyping.

In true Chip-fashion, Chip ends up bringing the Jersey Devil and all his supernatural friends home to spend the night. Awe. Adorable.