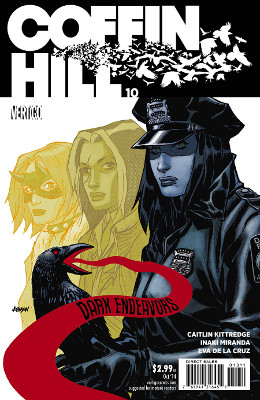 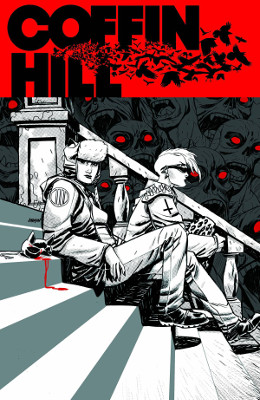 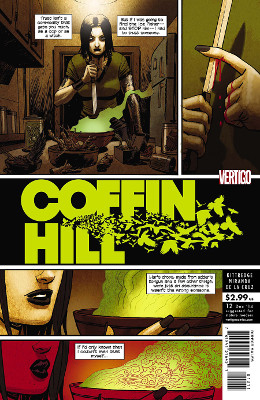 Not surprised to see an attempt on shanking Eve in prison. Usually, they put cops in solitary for just that reason. Good thing Eve can hold her own.

Not sure what’s going on with Lenore. Besides that she seemed to have something for or something with Doyle. Why does Eve seem to think that she killed Doyle when Nate has him in the car with him? Or is there someone else? Or a coverup about what actually happened as if Doyle was possessed and not in control of himself?

Yep, Patrick’s up to zero good. I feel bad for Bianca. Seems Lacey being stuck in Coffin mansion was a better fate.

I really hope that once this plot’s wrapped up that Eve will go back to being a detective in her town. That would be awesome.

Wow, I did not see Bianca dying. She seemed smarter than that. At least when dealing with Patrick; she should’ve been less confrontational and more running away from him. I guess Bianca’s probably not actually dead yet.

Okay, I’m enjoying Lacey being the catalyst to tell more of the story about Coffin Hill and the family there. You know, if there’s any time in the issue to talk about it.

Also did not see Eve kissing Doyle. I guess I pegged him for the baddie and didn’t see her falling for him. Also just generally don’t see the attraction unless he was a function to help her get over Nate. Which clearly didn’t work.

The only mystery of this issue is how Eve did not actually figure out Doyle was the killer until she was snooping around his house. I mean, come on! Everyone else figured this out the moment this story was introduced.

Also seems like a terrible plan to go after Doyle/The Ice Fisher on his home turf. Even if Eve had a plan, he’d have more stuff at home — including that convenient place to stash women — than she’d likely be prepared to deal with.

Seems like Lennie is going to have to start believing in the supernatural. And looks like Kittredge is smart enough not to spend excess time turning her from Scully to Mulder. And thank goodness we’re getting out of jail because that was hella boring.