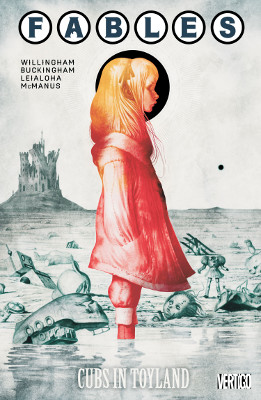 In a way, both Therese and Darien are punished for their pretty typical childish ways. Therese for being a selfish brat and Darien for ignoring his siblings and craving adventure. Ambrose was probably the only one completely unfairly punished with the visions.

The toys themselves having this sort of punishment seemed absurd. It’s not like they lit children’s rooms on fire or made them swallow pieces. And seriously, did they not think to bring food after the other children died?

I really couldn’t handle it when Lord Mountbatten died, even though it showed Therese hitting rock bottom and becoming an evil queen in need of full redemption herself. I think it almost bothered me more than Darien putting himself on his own sword. Which I had to read about four times as everything was slightly too off stage. I suppose I’m glad that they didn’t kill each other.

I did appreciate that everyone was redeemed in the end. That ultimately Therese found her goodness and that in the toys, and that she did get to go home to tell Snow what happened. I am interested to see what happens to Winter, and if Willingham will make a female character that powerful in his universe.

Learn about the cubs and buy Fables Vol. 18: Cubs in Toyland