I was going to actually review She-Hulk Vol 2 #38 by Peter David. It is the last issue of She-Hulk after all.

Then I saw this: 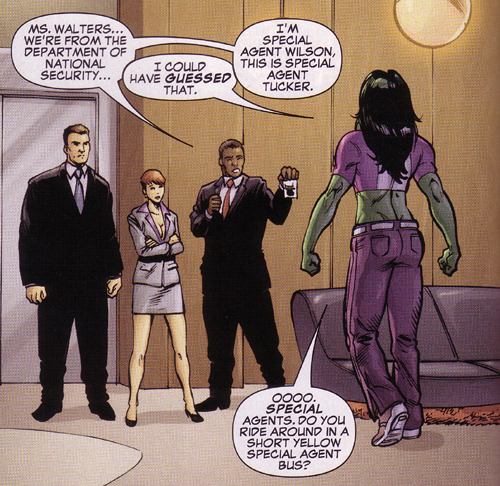 You know, eventually, I might’ve read another Peter David comic after the Scans_daily debacle. But now I’m pissed.

There are times when characters are racist, sexist, ableist, and homophobic to serve the text and in a good text, these actions are condemned either by the narrative, plot, or other characters (see such texts as To Kill a Mockingbird). This is not one of those. She-Hulk is not ones of those characters; she’s a highly educated lawyer and a hero, who’s never expressed anything like this before even in moments of weakness when her friends were in peril. When her mother was killed by a mobster, She-Hulk went after him legally. She-Hulk had more grace in February 1980 than in March 2009.

Fail, Peter David. And fail, Marvel, for printing this.