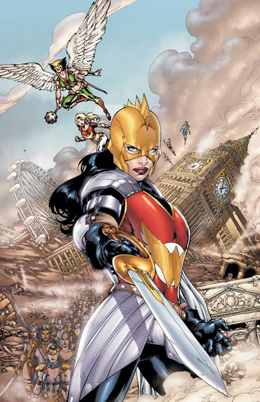 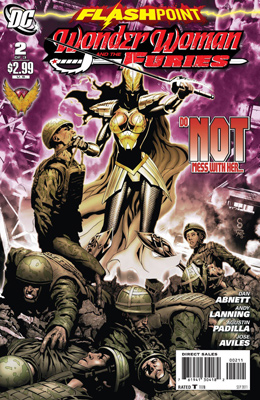 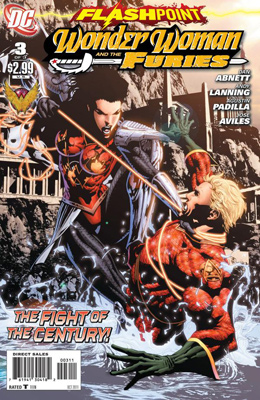 I really wanted to like this retelling of how the Amazons first started interacting with “man’s world.” (I will forever call it that after reading 1940’s Wonder Woman.) Steve Trevor crashing onto Paradise Island is so essential to Diana’s story, in explaining why Diana starts to care about humanity and how capable she is in that Steve is often a damsel in distress. While I totally dig on Diana being curious enough to set sail on her own and I’m okay with her meeting Aquaman, I do not like her being saved by him. It sets her up immediately as the one in debt, as the lady who needs saving.

And then the lady who gets married. I can get that both Arthur and Diana understand what it means to be royalty and be in an arranged for the state marriage — though does Diana really understand considering how there are no heterosexual marriages on Paradise Island? (Okay, I know they have vast libraries containing texts from all parts of the world where heterosexual marriages do exist. But still. Especially since modern concepts of marriage really have only been around less than 100 years.)

The whole set up is stupid. I’m not a big fan of stories that start in Hippolyta’s death, and it makes me sad that DC would choose this direction for their big relaunch. I also find it odd that there was a different kind of Amazon and Atlantian alliance to end the alliance. I don’t know; it’s not calling to me.

Okay, they can’t even keep the same penciller for a three issue mini-series?

Speaking of Johns, wasn’t he just rattling off Mera as a great female character? Mera who was in the new universe for two issues and then killed off in a very women-in-refrigerator’s manner for Aquaman’s pain? This is supposed to be where the new universe it set, right? I’m so confused.

And this series is rounded out by the most confusing issue yet. At least I went online and read about Flashpoint and figured out that it was not the set-up for the new DCU in terms of world-building, just the set-up for DC completely wiping the universe. (You know, unless the character is a stripper or something.)

I suppose for once Terra’s powers actually got used in a very logical way. I liked that she was the only one keeping Britain together. However, I don’t buy Wonder Woman as such a ruthless dictator. Even when she’s blood-lusting to kill all the Atlantians due to her mom’s death. I wish there would’ve been more about Wonder Woman’s team of Furies.

And wow, Orm and Penthesilea’s romance seems even more silly now than it did before. Hi, plots that don’t make sense. At least it seems like Lois Lane is on the case to tell everyone how stupid they are acting. Lois is awesome.