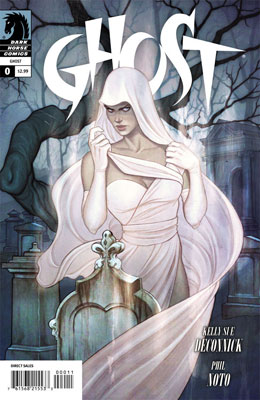 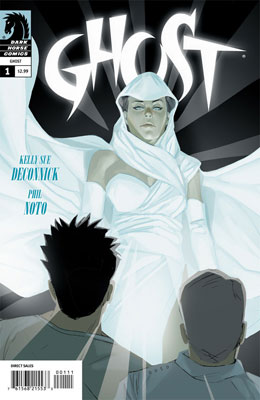 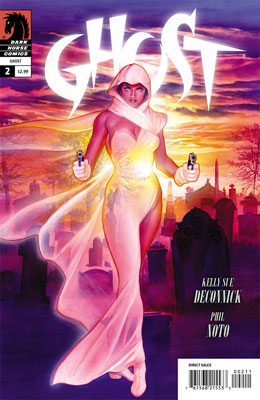 I really enjoyed this. At first, I wasn’t sure. I was expecting Mary to be the main character and surprised by Vaughn Barnes and Tommy Byers. In fact, I expected more of a traditional ghost story from DeConnick. (Not saying I’m disappointed in what happened, she just kept me guessing.)

Anytime there’s a road trip story, I can get behind that.

As annoying as Tommy is, I like that he’s clearly going to be the character with the most room for growth. The obnoxious one who’s there to make all the mistakes, who will have to work on his redemption.

I’m actually most interested to know more about Vaughn. Who he was. Where he’s going. Why he trusts Mary so much. Besides, the whole ripping out the heart of a person who was going to kill them.

I’m continuing to really enjoy this book. The mystery of who Mary actually is is intriguing, and how she wants to use her powers and discover herself. Tommy still hasn’t grabbed me as a character, but Vaughan’s slightly interesting.

Not surprising that Caroline’s new boyfriend Bobby Chambers is very successful, but also apparently the devil as well. Or a demon. Or something.

I’m kind of sad that Doctor Linda October got killed…or maimed. She was pretty awesome. I love that DeConnick can create such a cold psycho character and pushes the envelope on sick. Which is why she’s one of my favorite writers.

Yep, can’t wait for more of this.

Thrilled that Linda isn’t out of the game. Love that she put a jack-o-lantern head in her bed to reveal that she escaped. I wonder just what Bobby had planned for her.

The scene with Vaughan and Caroline killed me. I did not expect him to be the abusive kind of alcoholic. DeConnick’s doing a great job at making it so Vaughan knows he can never make up for what he did. And I think Bobby wanted him to get more than just drunk at his birthday party.

I like the references to the time and seasons without making it too obvious.

Yes, Mary found out who she is; she’s Elise Cameron, a reporter, who was probably looking into the nasty evil that Bobby’s been up to. He’s definitely older than he looks.

Jump into this ghost story yourself, buy Ghost Volume 1: In the Smoke and Din