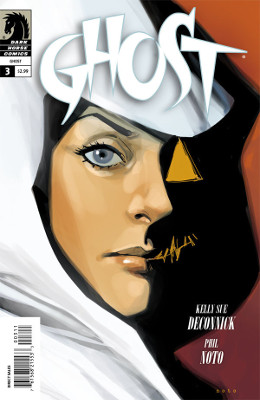 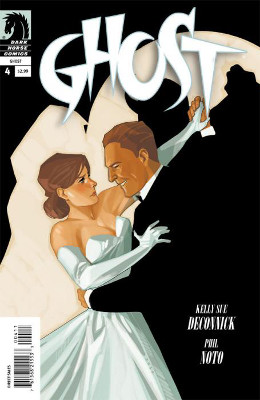 As much as I’m glad that DeConnick’s filling in some of the details, Linda’s confession is a little too much evil villain tells all. Except that I don’t think Vaughan’s actually going to get away before that demon takes over his body.

It’s definitely an interesting concept, and I’m curious to see where it goes. Especially as Elisa finds more about herself. Clearly, Bobby was the one that killed her. I do love that her ghost killer dress was originally a party dress. Some great art there by Noto.

I hope that Elisa’s investigative journalist pays off.

This issue was just amazing. Noto’s art was beyond brilliant, especially as he contrasted the past from the current and the difference in the two balls. Crazy that they only took place one year apart from each other.

Elisa’s transformation into the killer was brilliant. They were very lucky in those early issues to get Elisa instead of some random demon when they opened that portal.

Glad to see that Vaughan was purged of the demon, and they have all the crystals so they know how many other demons are in the city. Of course, it helps that they have Elisa too. She has a little experience taking out demons.

And it’s extra awesome to see Caroline joining the good guys instead of leaving her with Bobby.

Read the restart of Ghost yourself and buy Ghost Volume 1: In the Smoke and Din