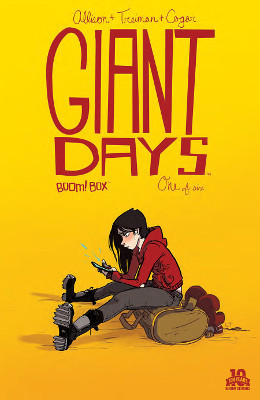 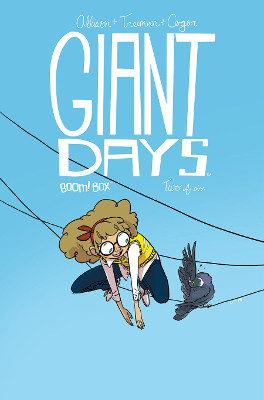 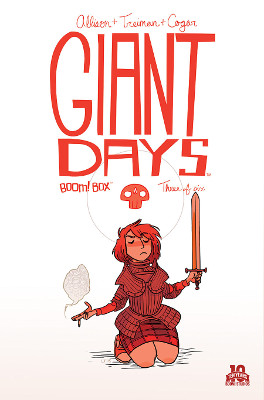 About halfway through the book, I really warmed up to Daisy Wooten, Esther De Groot, and Susan Ptolemy and their early college days. Yes, they are definitely the type of friends who are only friends because of how the dorm arrangements happened.

I loved how Allison setup Susan as the narrator, but also the one with common sense. Daisy being naive and Esther being dramatic and a romantic goth.

I also feel like all these characters are super similar to the people I knew in my liberal arts college days. Ed Gemmell reminds me directly of an artist boy that I knew. They even look alike.

McGraw with his silly moustache and his comb cracked me up. Plus, Susan completely losing it after seeing him. I do hope McGraw and Susan’s history together is more than just dating and broken hearts.

Loved Esther’s reaction to having to give Susan a message.

Oh the flu: this book so makes me relive those early days from college. No one can escape it. No matter how much Esther thinks she’s resistance to any type of germs.

The scenes of all three of them trying to take care of themselves are perfect for each of their characters. I’m definitely a Esther, huddled in bed with all my clothing on while holding my laptop.

Not surprised to see Ed peddling some Polish(?) speed. Then naive Daisy taking all of it before hallucinating and passing out. Or was she hallucinating?

Love seeing McGraw living up to nothing Susan thinks about him. Clearly, the new girlfriend has landed.

Oh, Esther, being so racist. I’m so glad that the narrative called her out on it.

I hope those butt picture taking guys get taken out by Esther, Daisy, and Susan.

This is getting so good. Again, typically college sexist bullshit meets the internet. Instead of just writing a list of hot young women, the frat boys have taken to the public internet. (I wish that it was not typical or realistic.)

I loved Susan as a one woman army here. Daisy is too nice, and Esther needs to protect herself, so it’s up to Susan to destroy the patriarchy and those guys. “Misandry is the new witchcraft, but they can’t dunk ya for it.”

Sadly, it’s not uncommon for institutions to turn a blind eye to the behavior of their students. There’s “the boys will be boys” attitude, but also the ignorance about how technology works.

I’m glad that Susan named McGraw as a white knight. Yep, that’s definitely what he tries to do. He does need to spend a little more time listening to the women instead of always being there to rescue them. All McGraw’s behavior seems good — getting supplies while she’s sick and wanting to beat up those guys with his boards — he’s really just treating women as humans and then probably asking for a pat on the back.

LOVED seeing the boys’ moms come and give them hell for their site. One of my favorite stories out of the GamerGate harassment was a woman who contacted the mothers of her harassers, and needless to say, those mothers were not impressed. I assume that’s where Allison got the idea for using this in his storyline.

Poor Daisy and her dead pigeon friend. Of course, now she’s getting even weirder by carrying the baby around. And I’m guessing that her new “friend” is actually a girlfriend.

Flashback to your college days with Giant Days Vol. 1.