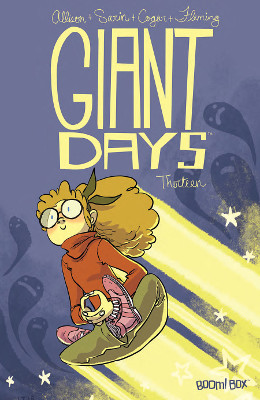 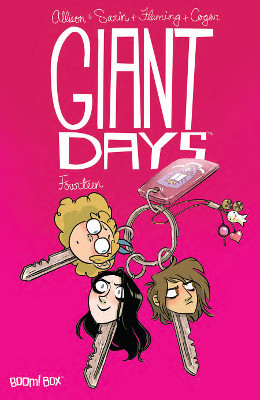 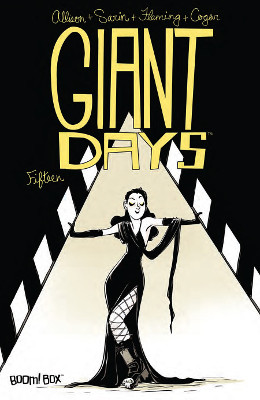 Oh, Esther, we thought she was in over her head beforehand. However, this definitely takes the cake. How’s she going to afford her wardrobe? Esther thought she hated that donut job before; she’s going to extra hate it now that she actually needs it to survive.

While I support Esther’s parents decision to cut her off, if they were actually worried about her leaving university, they just put a bunch more roadblocks up in front her completing her time there.

Hats off to Allison for showing all of Esther’s townie friends as alternatives to where Esther could be in her life. But he does so without judging them. Lindsay clearly loves and cares for her son and takes being a good mother seriously. Same with Sarah and her movie theater management job and relationship with Eustace.

Susan and Daisy want Esther to come back for their own selfish reasons, but also they need her to balance things out. Loved Susan judging the entire town as full of drama. Which matches exactly where Esther should be from.

By the end of this issue, I expected all of them to be living together. Even with McGraw and Susan being all broken hearted and mopey about their relationship having ended. I kind of like that Allison didn’t play it that way.

This series is at its strongest when the story is extremely relatable to really anyone’s college experiences. The search for housing is even more universal. How much housing you can easily find beforehand, reading the fine print only to discover you can’t actually afford to live there, and then finding out you’re competing against your friends for the same housing. Too true.

I loved the twist where Ed was actually the one giving out the website address and log-in for the housing app. And loving that he may be in love with Esther, but he has other women he’s crushing on.

I think we’re overdue for some Daisy-focused issues. Especially if she’s going to nest in their new place.

Wow, who didn’t do a film festival during their college years. This is providing some flashbacks. Though mine went quite differently.

Of course, Esther does everything for the love of Adam. She gets scarily determined when she has a crush on someone. I do like how Adam kept ignoring it, not because he wasn’t interested, but because he couldn’t tell when she wasn’t acting and was really wrapped up in his editing anyway.

Oh, Daisy, I love that she’s a ringer at pool. And then doesn’t want to use her powers to get money. Until she does.

I loved Sarin’s art here when they go to film festival. She does a wonderful job at dressing each of the women up to suite their characters and does a nice effect of what you look like when you put a bunch of makeup on and some fancy dress compared to your everyday look. It definitely made the issue that much better.