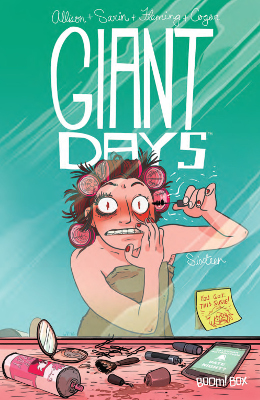 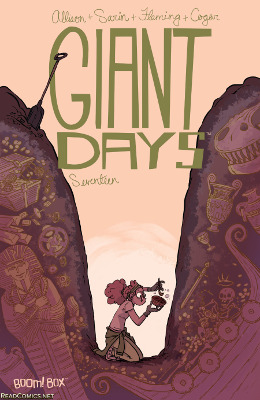 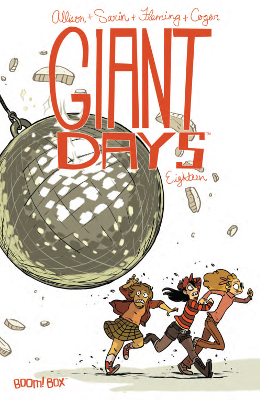 Yes, Susan goes out on so many dates, and it is the best because they are the worst. I’ve been out with the personality-less guy, the picky foodie, and the sport guy. And yeah, I’d probably walk out on all those dates too. You know, after they paid.

But poor Susan still loves McGraw. McGraw who’s moved on with a beautiful woman. One who’s wearing my favorite color. This doesn’t surprise me. He always gets what he wants. And is like 90% more stable than most guys in college.

Oh, Esther, she can’t even get her sausage roll job back. She even has the uniform! I’m betting that she’ll get the job at the comic book store. Even if she sells a bunch of her goth clothing. That stuff is so expensive!

Daisy definitely got more than she bargained for with her volunteer tour group. I loved how we learned about all three of the potential students, and how none of them really fit what Daisy thought they would be like. And oh, she’s going to have her hands full next year when Ingrid joins them for college.

Somehow, I think that Susan will become best friends (or someone in the group) with McGraw’s new girlfriend Emilia. She’s probably a pretty amazing person. And that will either help Susan get over McGraw or just make it worse.

Love Esther and Ed writing papers and not realizing they were a factory for student papers. Then both of them freaking out. Even though Esther claims not to be into school, she’s definitely more a rule follower than she admits. Not to mention, she’s doing a bunch of school for others!

Daisy is an overachiever after my heart. I love her just exploding at Professor Bradford. And then when the other professor doesn’t punish her, but agrees with her and lets her know that at least one student does this to him every year.

Loved this wrap-up of freshman year for the crew. Fitting that the dorm was torn down at the end of their time there. Oh, yes, the dorm I lived in during my freshman year was completely remodeled a few years after I lived there. There may not have been cracks big enough to put my hand in, but it was bad.

Glad for Ed’s and Ester’s foray into the criminal world to also have come to an end. Of course they were able to find a loophole. Dean Thompson, on the other hand, he found himself with an angry mob who didn’t care about loopholes when they’d been kicked out of school for plagiarizing. I thought it was hilarious that the papers were “barely English.”

Daisy’s and Susan’s outfits for their last dance were so cute. Susan is getting much more stylish, while Ester seems to be toning down. A bit, just a little bit. Or college sloppiness is really kicking in.

This issue ended perfectly with the original crew all together, packing up their memories and waiting to make more.