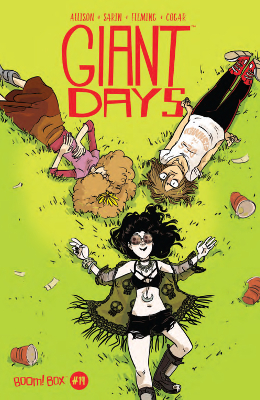 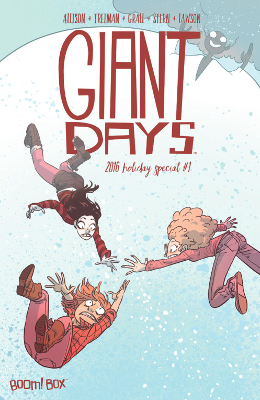 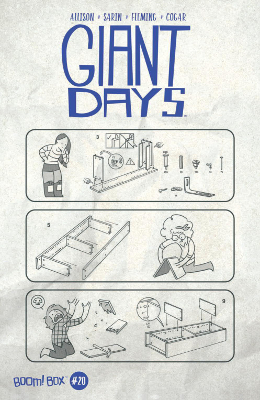 I’d always wondered how Esther kept herself so clean, and now we know, wipes. Lots and lots of wipes. They certainly would come in handy at the festival. (Of course, it seems like they would’ve gotten destroyed with the stuff in the river of mud.)

Loved Esther’s bad experience with the terrible band. Definitely a different way than Esther’s other bad dating experiences have ended.

I enjoy that Susan still has people from her hometown trying to destroy her life. The Cowboy slipping her drugs could’ve gone a terrible direction. Not just Esther and her angel wings.

Mud is so gross. And porta potties. Two more reasons why I don’t go to music festivals.

Oh, boy, a what if the women had never met and become friends. Well, as we might’ve guessed, their lives were greatly enhanced by having each other in them.

Daisy just spent her time hiding in her room and playing Enya. So sweet of McGraw to try to befriend her by giving her a Christmas tree.

Esther falls into a mean girls crowd. Also not surprising. They are pretty much the worst, and everyone on campus hates them. Even McGraw.

Susan uses Ed for his body and his goodwill. When he hates on McGraw, it’s pretty much the best. Hahahahaha. Yeah, it was surprising at first, but then when Susan breaks up with Ed and frees him, his reaction is beyond perfect.

When the women aren’t together, McGraw ends up upstaging them. Of course, he does. Loved Susan freaking out that he was a white knight and ruined her plans. Classic.

No one is surprised that Esther is not very organized. The queue for the turkeys at the grocery store was pretty funny. And too true around the holiday season.

But this story is rather ridiculous and silly. And weird. Fishpeople? Are they supposed to be a stand-in for homeless? Kind of breaks up this world as a human one and one without magic. I don’t really get it.

Ikea is always an entertaining trip for any sitcom-y thing. It’s a rite of passage for any college student. Oh, all the things you dream about in Ikea when you can’t afford them.

Of course, Esther has never been there before. And she doesn’t understand it until she’s fully immersed in the experience. So many fun Swedish things!

The neighbor is pretty hilarious. Of course, he doesn’t like living next door to college students. When they have big parties. And when they break all the furniture. Though since the girls did call the landlord, I wonder what will happen when he shows up and they’re all put together again.

I adored Daisy breaking down the boxes, instead of letting them rot in a heap. This is so something I’d do. And that she goes to McGraw for tools despite Susan’s stink eye.

Of course, Ed and McGraw have a gentleman’s house. With their espresso machines and jazz. Until Dean. Until Dean destroys everything. Can’t wait for all McGraw’s tools to go missing.