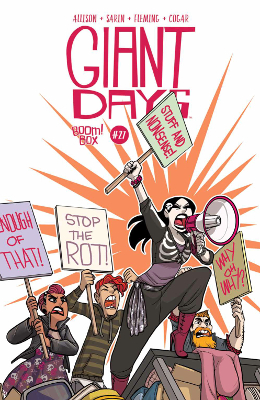 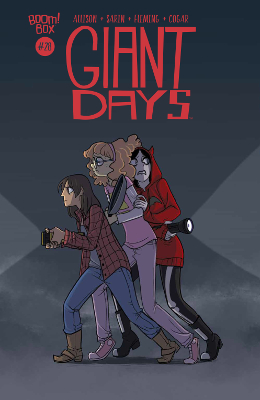 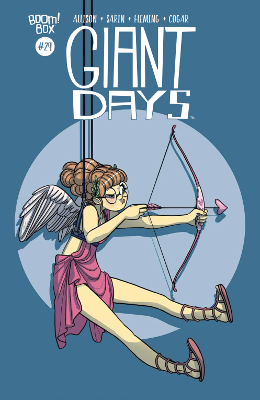 In unsurprising news, Esther becomes woke for a boy. Well, kind of for this boy Joshua. I’m just glad that Esther’s woke-ness starts because of a lecture her coworker Dani gives her about globalization and politics.

I do agree with Daisy that you need to have balance, and agree with Ingrid that demanding perfection is a terrible trait in a partner. (Also, it’s one that I struggle with all the time.)

I know British folks love their ready-made packaged sandwiches, and they are very convenient when you travel all the time. I’ve had a few myself while on trips in England. However, they aren’t very good. British folks love sandwiches so much that they have a national Sandwich week. This one guy, this past Sandwich Week, decided to post his lunch hack, which was that he learned how to make a sandwich himself and realized that it tasted better than the convenience store sandwiches. WHO WOULD’VE EVER THOUGHT? I’m deeply in love with a British lady, but sorry, British people, those sandwiches from convenience stores are never that great. That said, convenience stores in America might be better places if they stocked a few sandwiches.

Okay, other topics, clearly Susan and McGraw are secretly having sex. Or secretly something.

Ingrid really needs to go. But I feel like we got the short shrift because we didn’t get to see Ingrid’s mural of the three women as alien sex goddesses or whatever.

The mural! They showed the mural in this issue. Granted bits and pieces of it, and the non-naughty bits. Hilarious. Their landlord is definitely not ever giving them back that deposit.

I liked to see Sarin experiment with time and perception in her layouts. It was fun to see her change it up.

The main story didn’t work much for me. Yes, three women living alone, we’ve all gotten the wisdom about being careful and being scared. Of course, they call McGraw and McGraw and Susan kind of get caught. (Yes, she has no evening job at the hospital. The only bone she’s touching is… (Someone has to make that incredibly obvious joke.))

The chinchillas were cute. But seriously, sleep deprivation will make you go insane. Get 8 hours of sleep, everyone. Even if you are young and in college.

Esther in her literary goth outfits were the very best. Seriously, Sarin could always draw her in the Poe modes, and I’d be in total love. I just adored how focused she was on being the very best student, drawing her professor’s praise, and also having her groupies get their Goth on. The raven skull in Esther’s hair and the two little skulls on the edges of her glasses were just the cutest.

Emilia coming into the class and becoming the number one student with insights did seem like too much of a plot device for Susan and McGraw’s rekindled romance to be exposed. It was a bit unnatural given that we don’t know a ton about Emilia.

However, when Ken, the professor, tried to get handsy with a drunk Esther at his party, Emilia was the one who saved her. This book doesn’t betray the strong female friendships, even if the two really aren’t friends. Emilia is a good person.

Though I don’t know how I feel about gothy Esther adopting the Bohemian lifestyle. I’m with Daisy and Ed on this one.

Speaking of Daisy and Ed, they learn the eternal problem of how two people can look like a match on paper and not hit it off at all. Ed’s date with Daisy’s friend falls on its face. They seem like a great match, but just don’t click. I can’t tell you how many people have decided I should be instant friends with someone, instead of just letting me get to know someone, they announce our immediate best friendship with pomp and circus, and I always make a bad impression in those situations.

Ed and his Obi-Wan braid was too hilarious. And those overalls, my word. The dude is really trying not to attract anyone. Seems like he’d at least get some McGraw seconds.